I spent most of my childhood in Birpur, Supaul. It is a small town near India–Nepal border. Last year i visited birpur after 15 year to see the town and my school. There was very little change in the town. My school was now much bigger than it used to be when I left the town. It was very emotional moment for me to be a place which is linked to my countless number of beautiful memories. 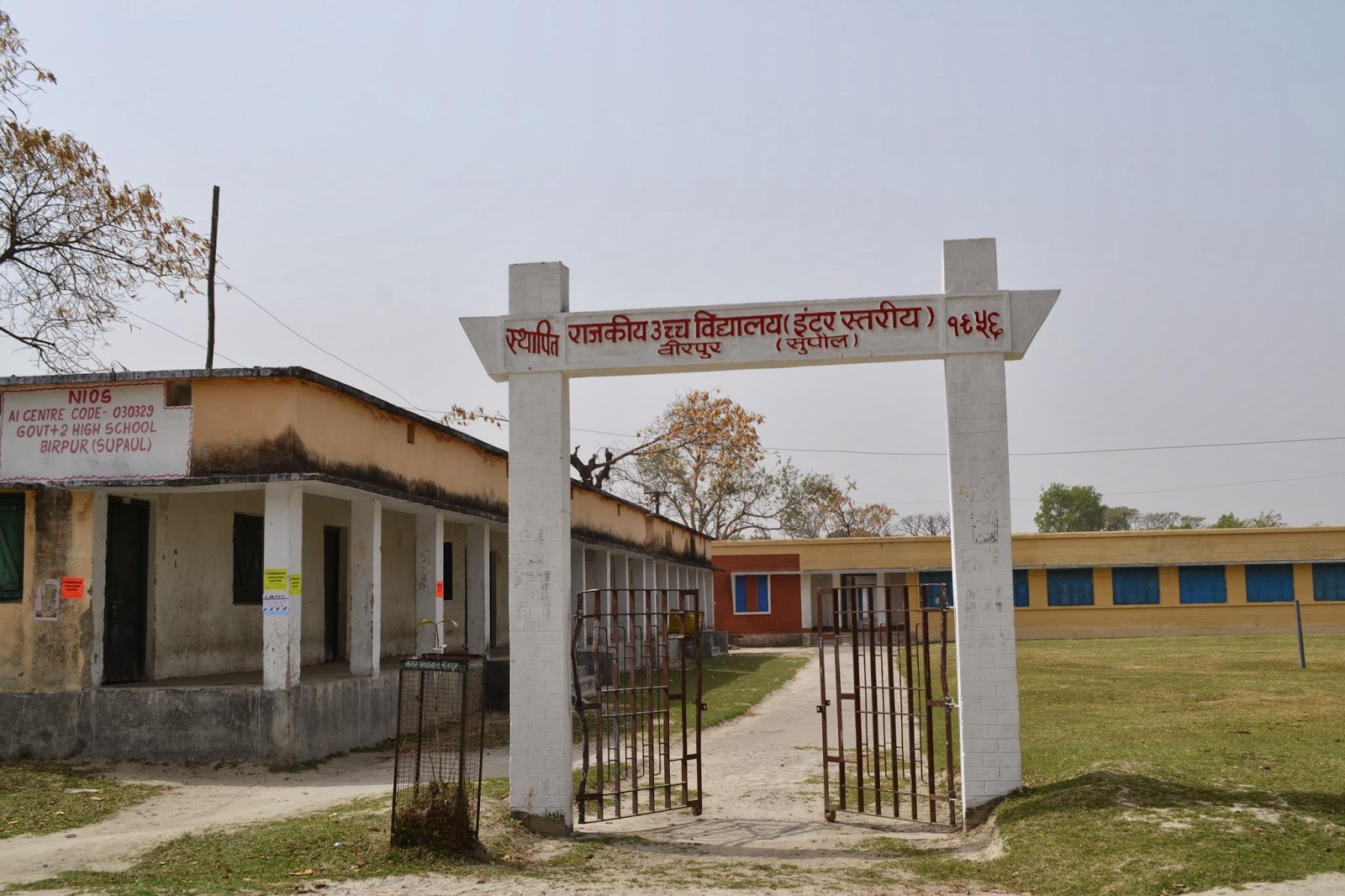 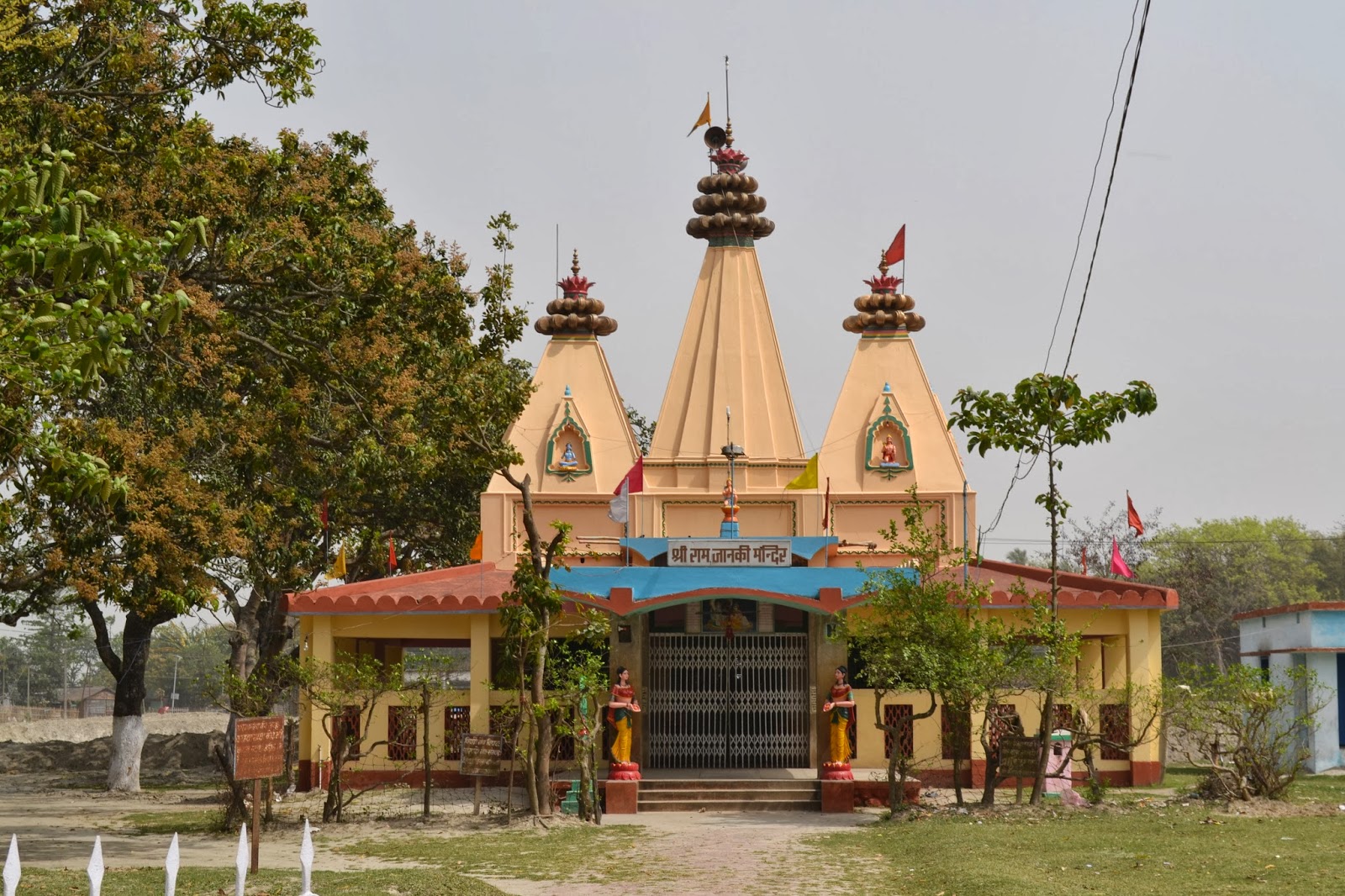 Next day myself and my family decided to visit Kankalini Mandir (Kali Mandir) in Bharda, Nepal. It is an ancient temple and devotee comes from all over Nepal and Bihar, India. This temple is dedicated to Kali, the goddess of destruction. Temple is also famous for mass animal sacrifice during Kali Puja. Every year unaccounted number of water buffaloes and small animals are scarified.
We Started early morning from birpur and stopped at bhimnagar for breakfast. We  stopped at check post again near the Indo-Nepal border. One of the border guard from Nepal asked us the purpose of visit and suggested to take permit at barrage . In fact there is no border fence or clear demarcation between India and Nepal except few stones. After few kilometer inside Nepal we reached koshi barrage. 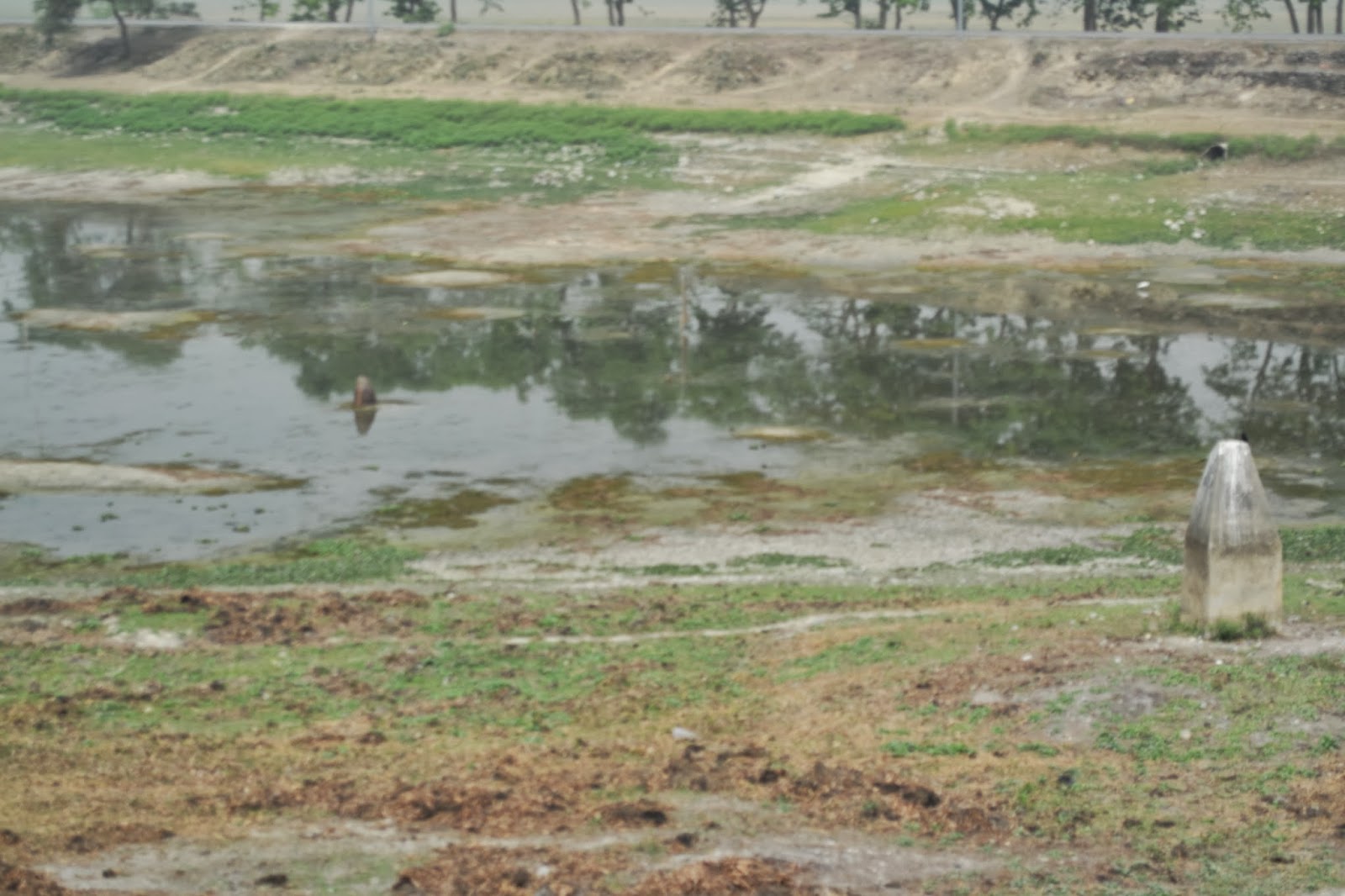 Koshi barrage is a flood control channel to control the flood. It is an engineering marvel with 52 gates which controls the flow of river.  Near the Barrage  i arranged permits for my vehicle at bhansar office . We passed through koshi barrage and after few km further through green fields we reached the temple. 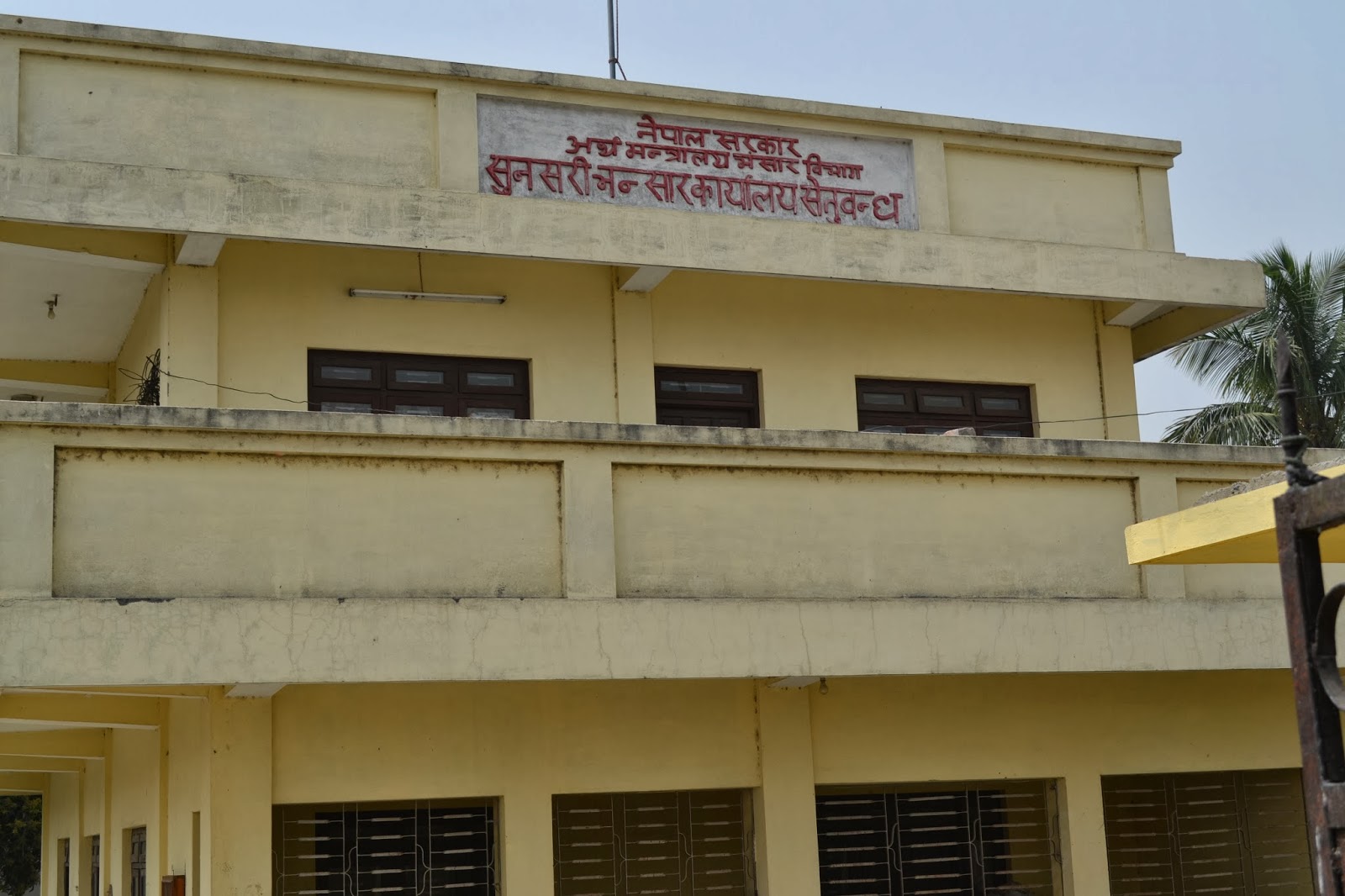 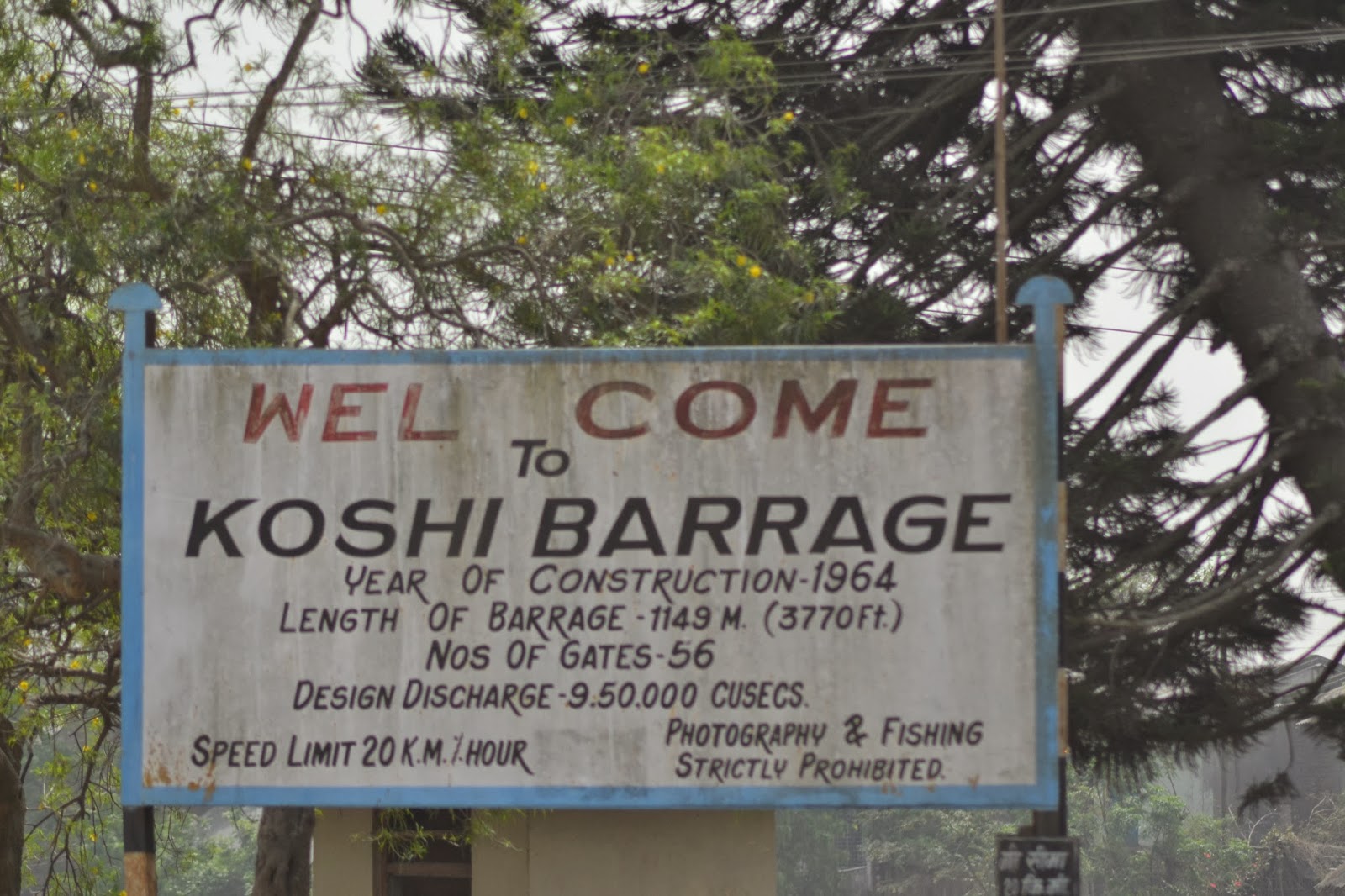 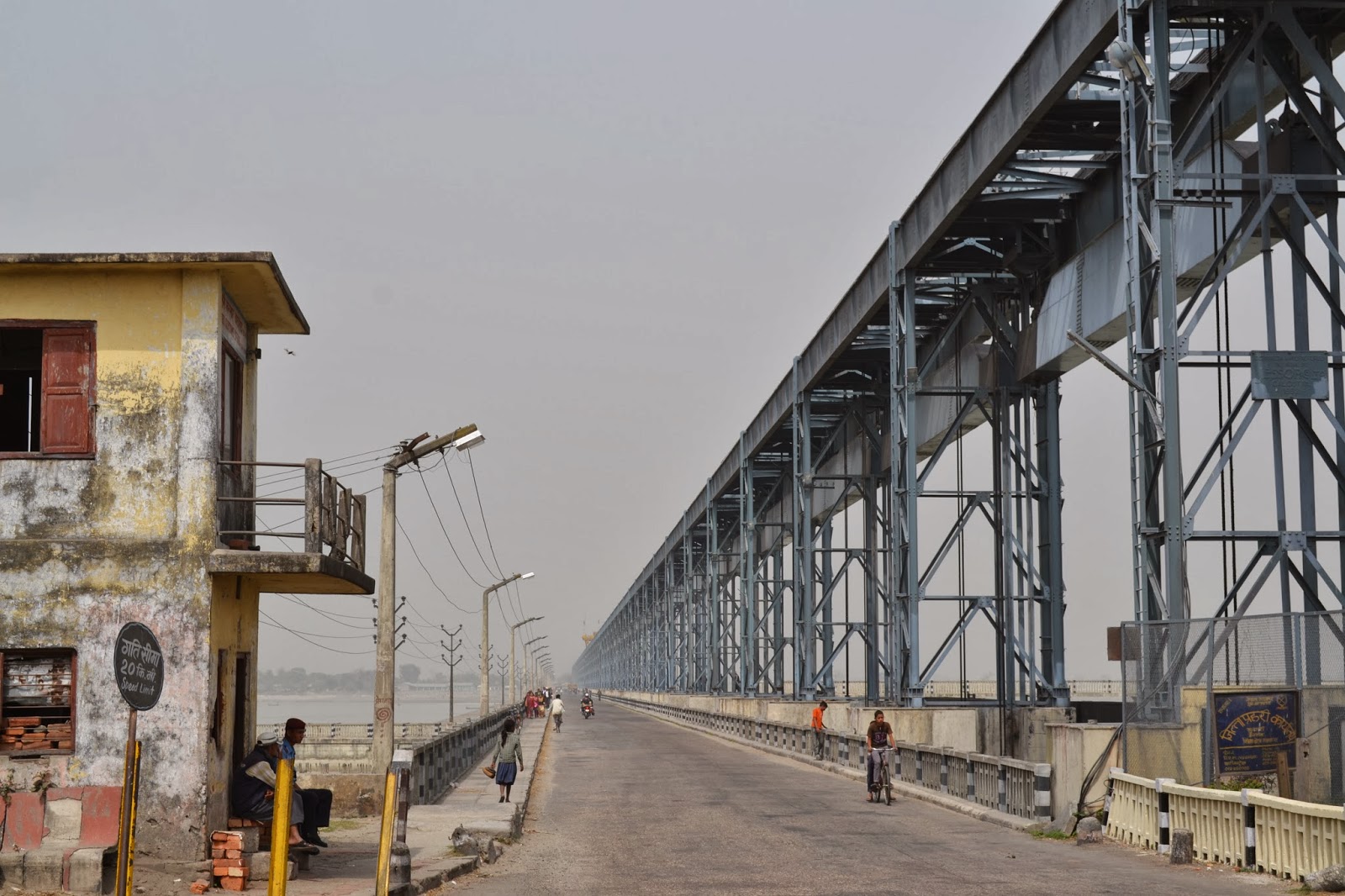 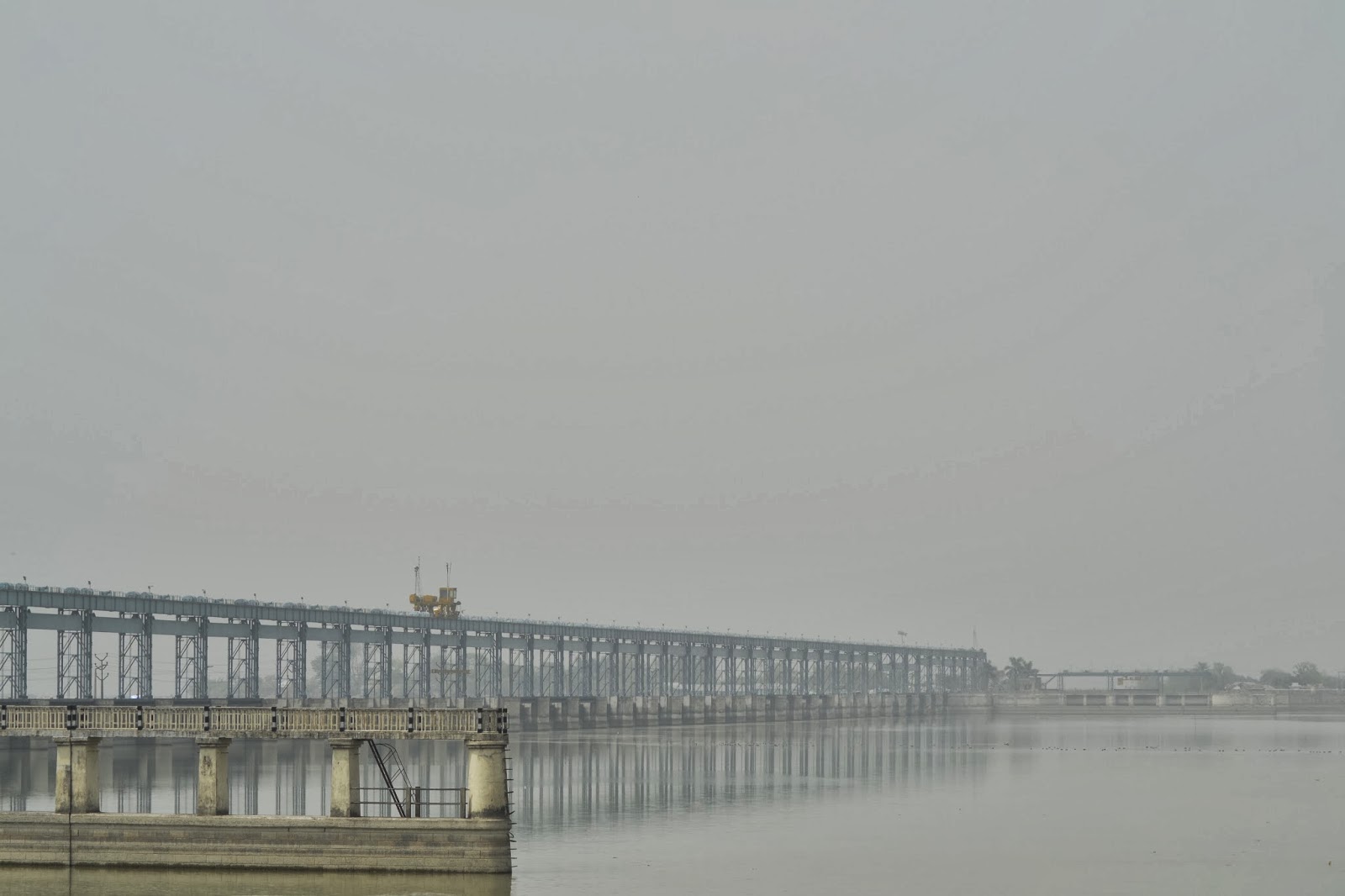 Temple was recently renovates and there was less crowd inside because it was not an auspicious week to visit the temple. 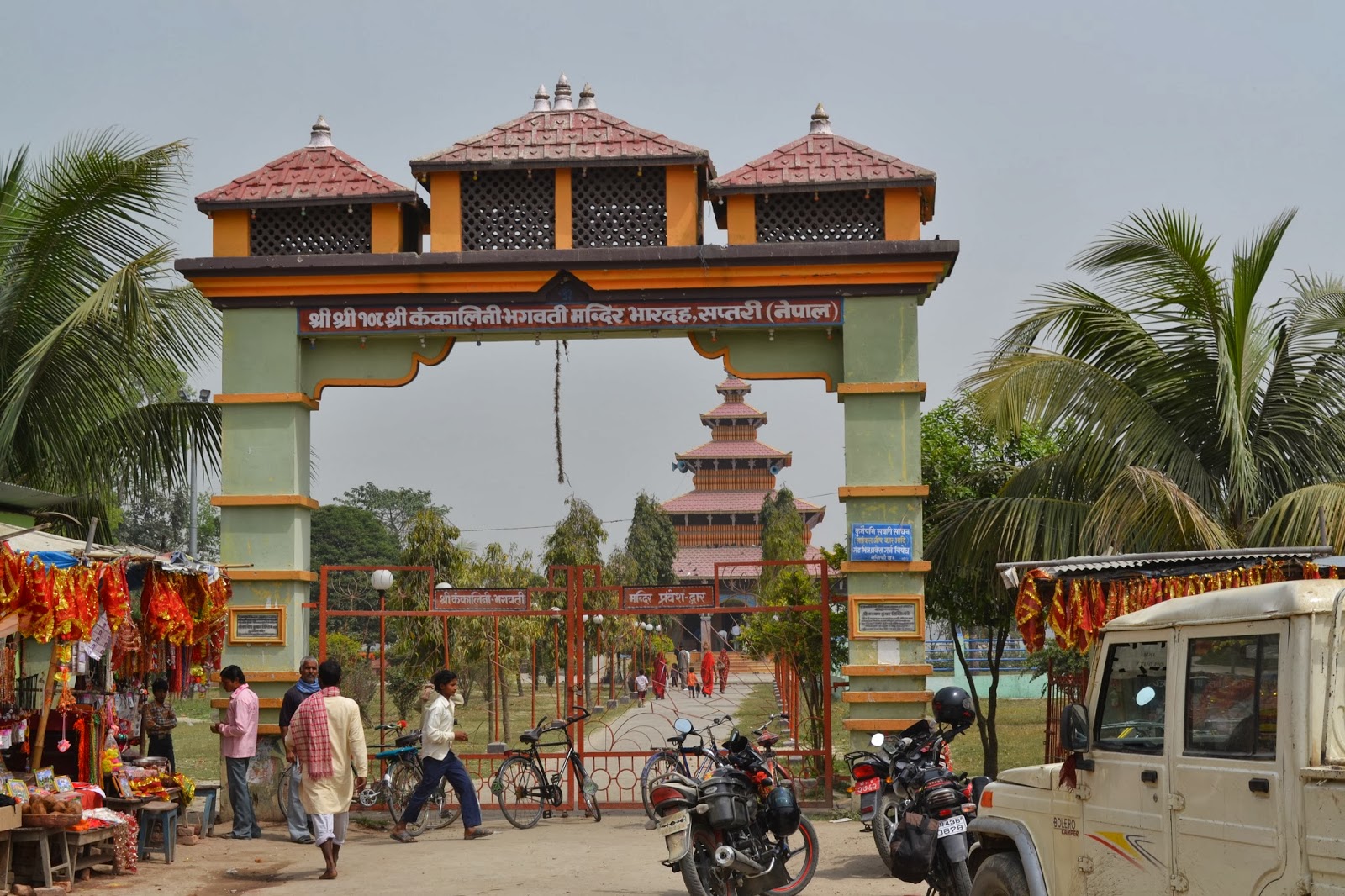 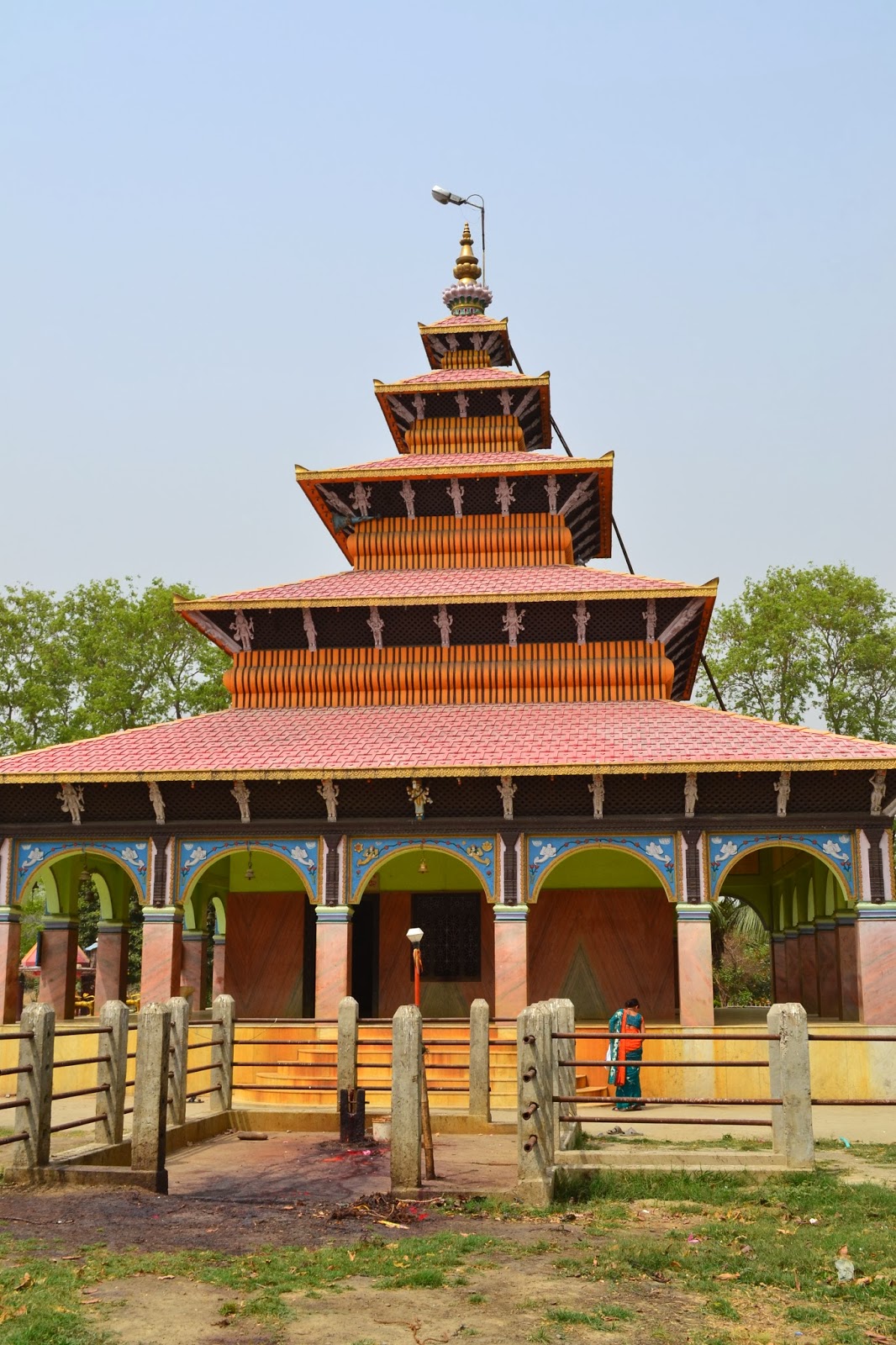 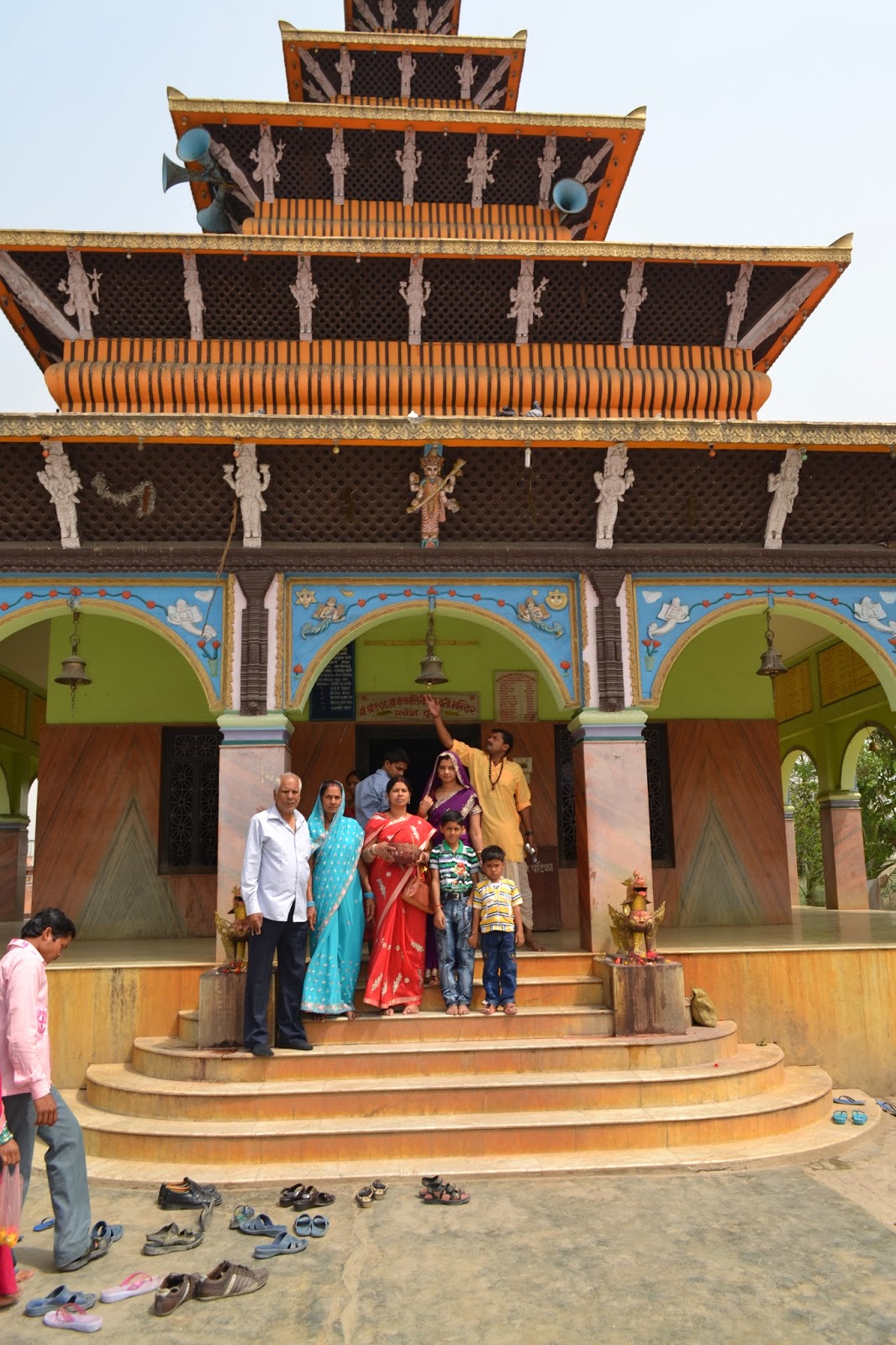 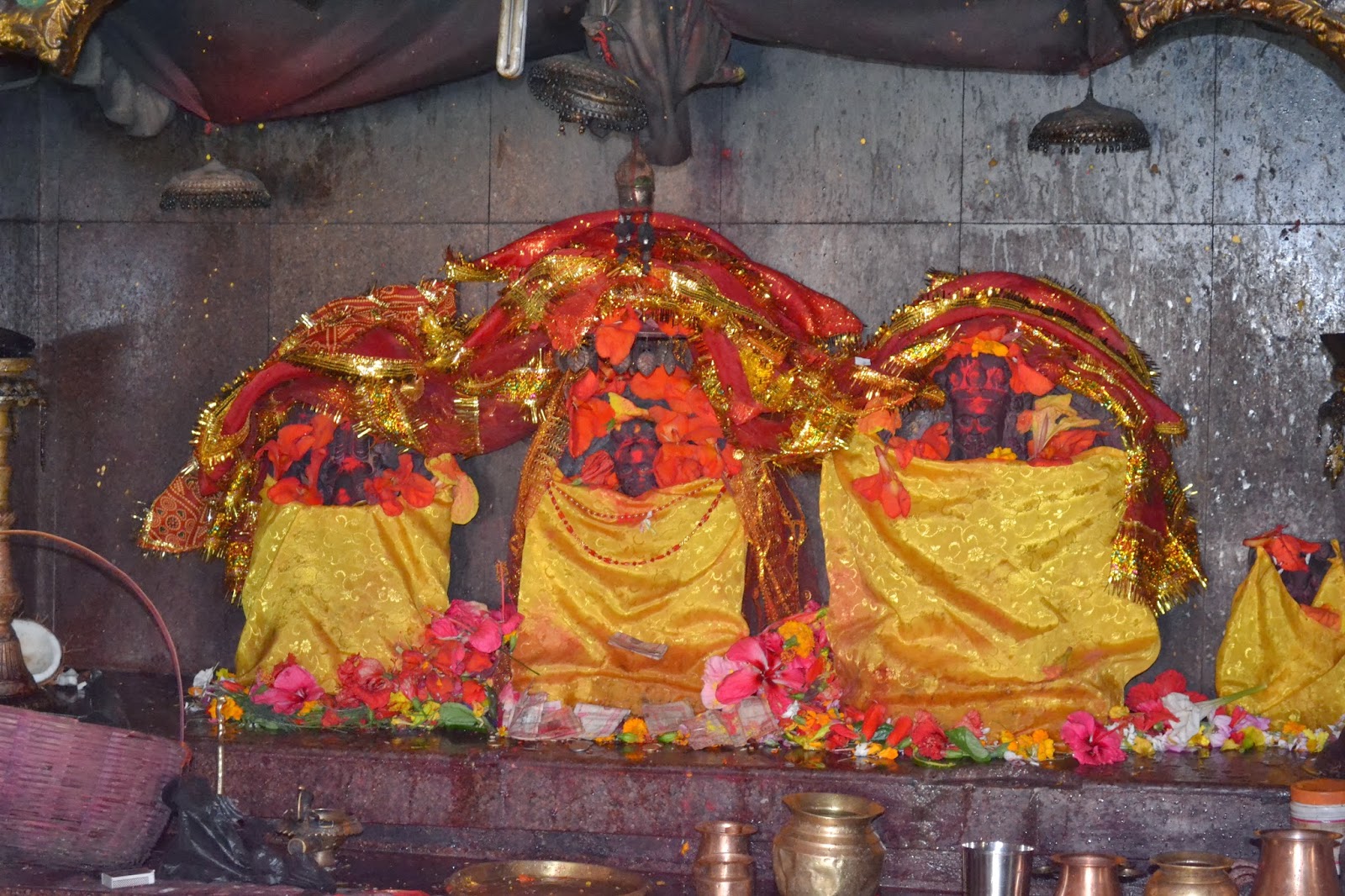 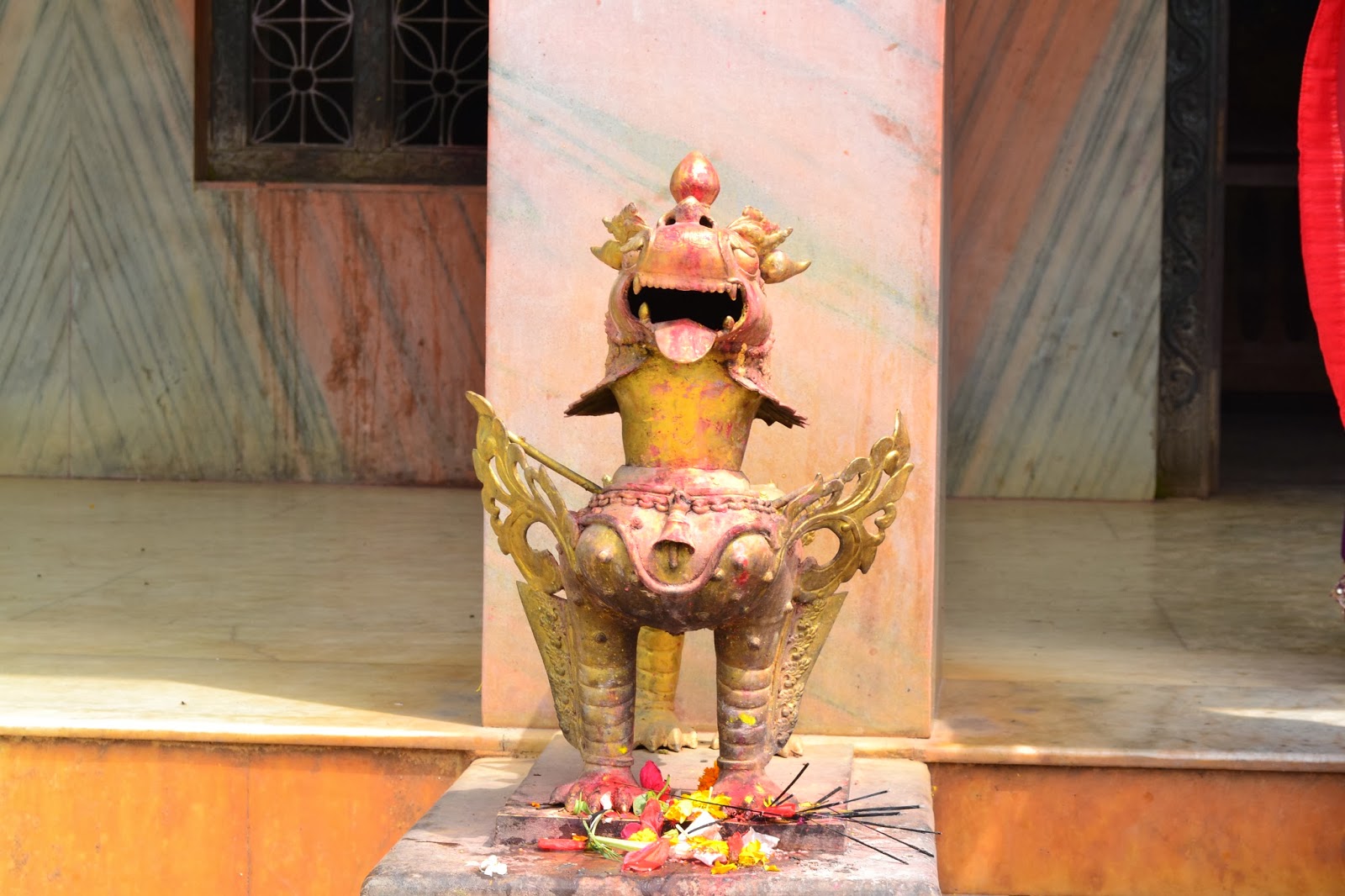 We performed the puja at the temple. There were two altar one for water Buffalo and another for small animals. I witness sacrifice of many animal and birds. There was pool of blood near the altar. 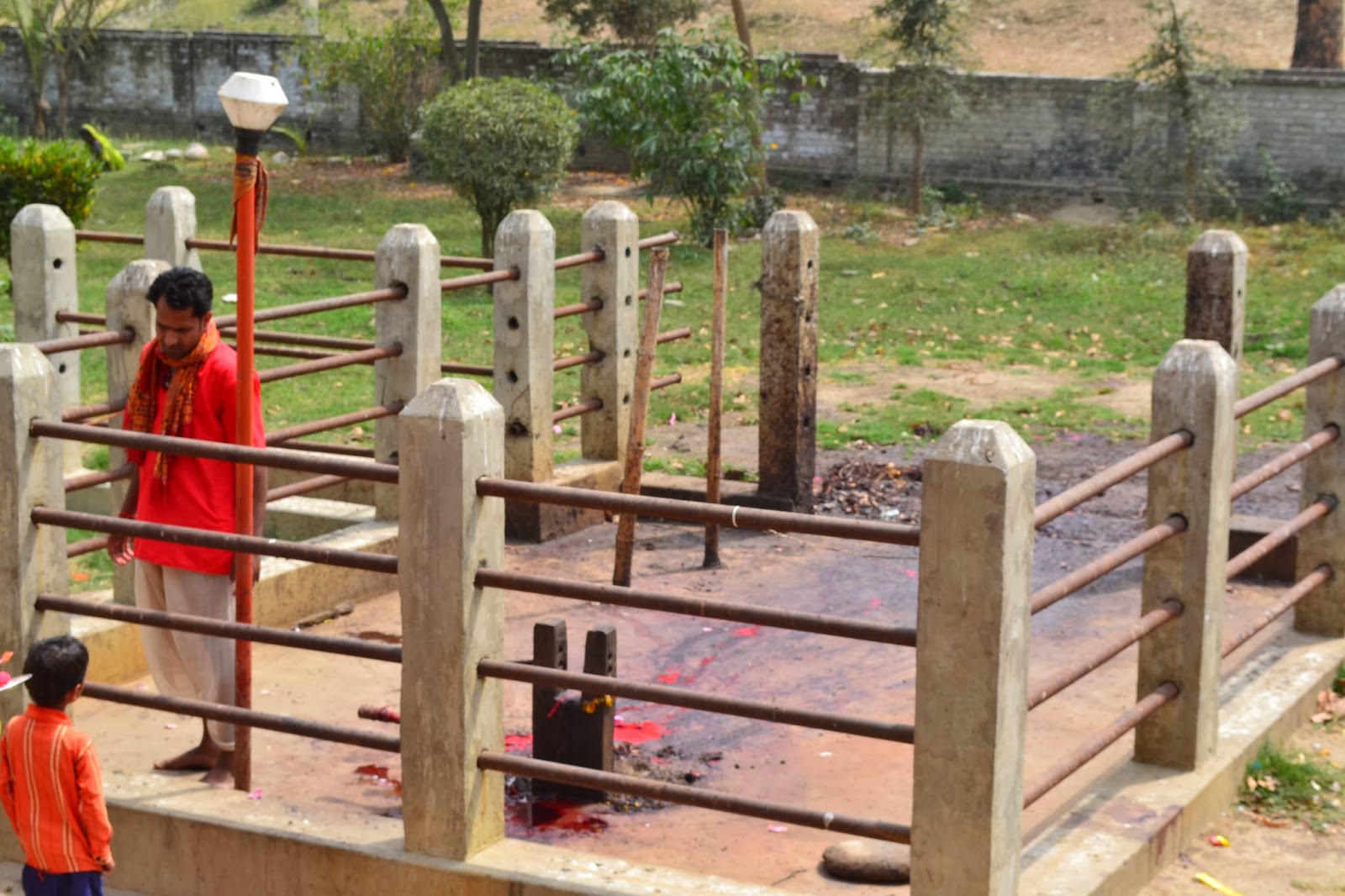 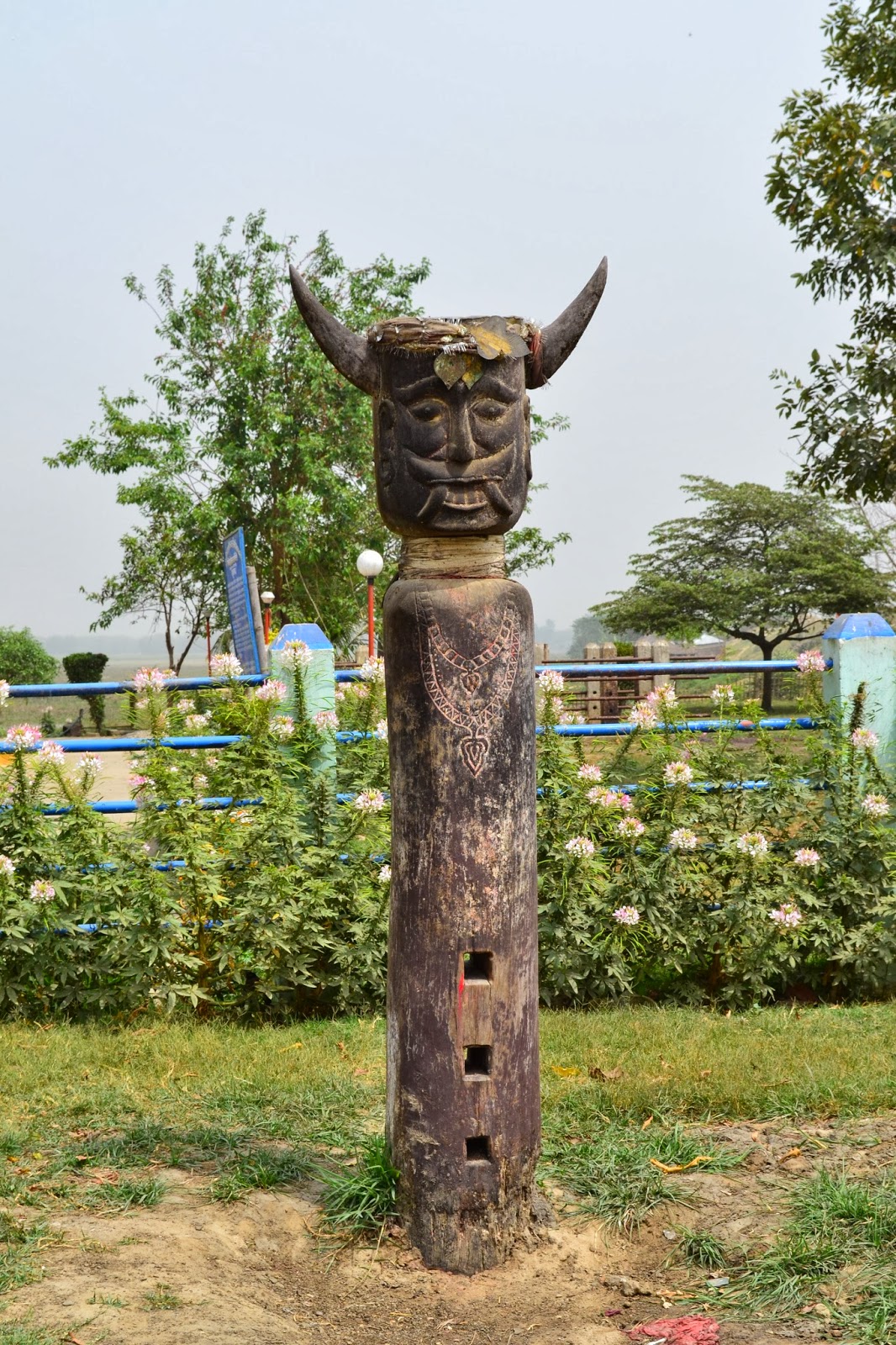 We spent some time exploring nearby area and dam. There were many local kids playing near the temple and on nearby trees for berries. I gave them some Prasad and my wife tried to talk to them. They were very happy to see their pictures on my camera screen. 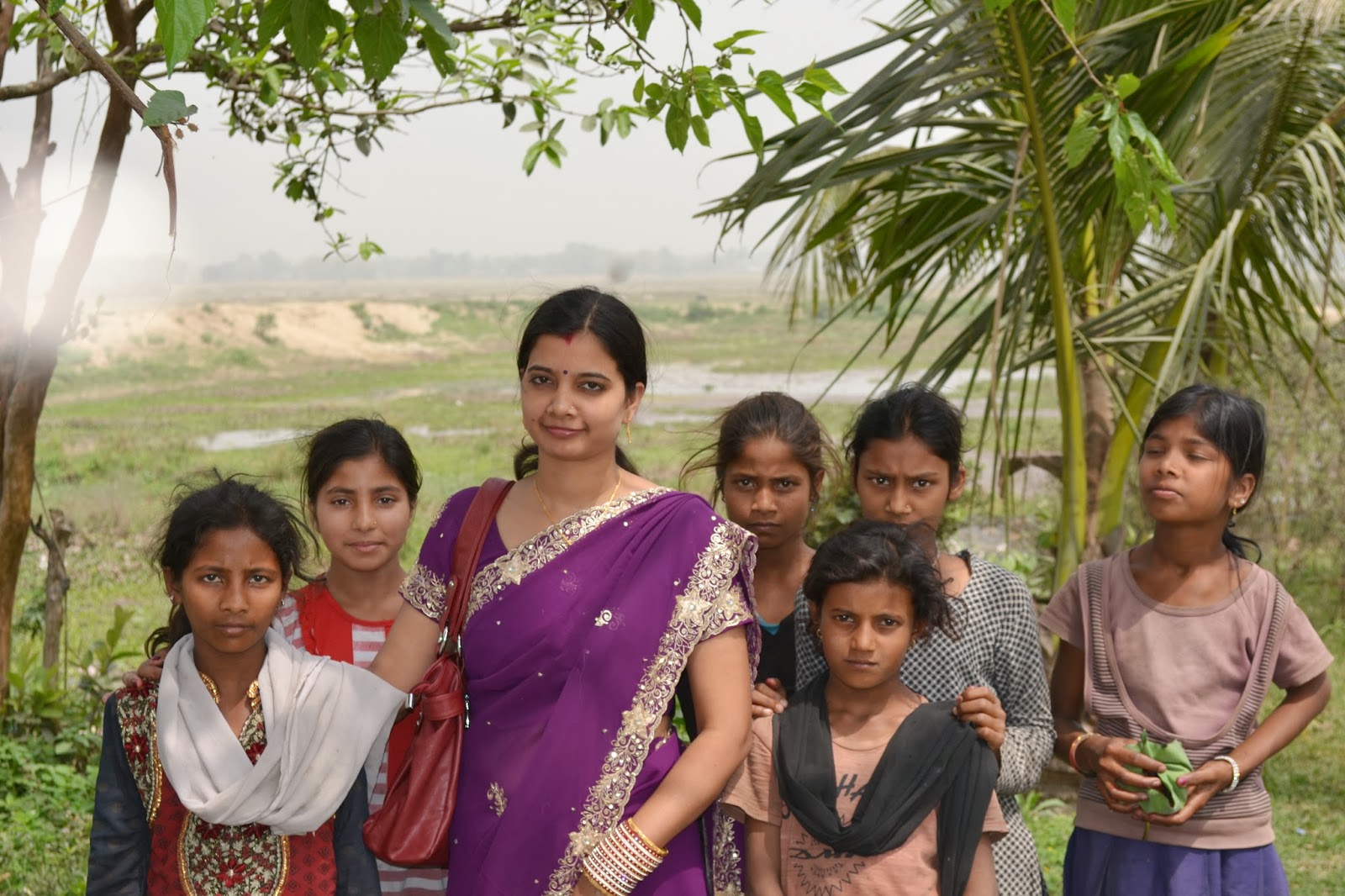 My mother bought few pictures of temple and sweets from shops before heading back. 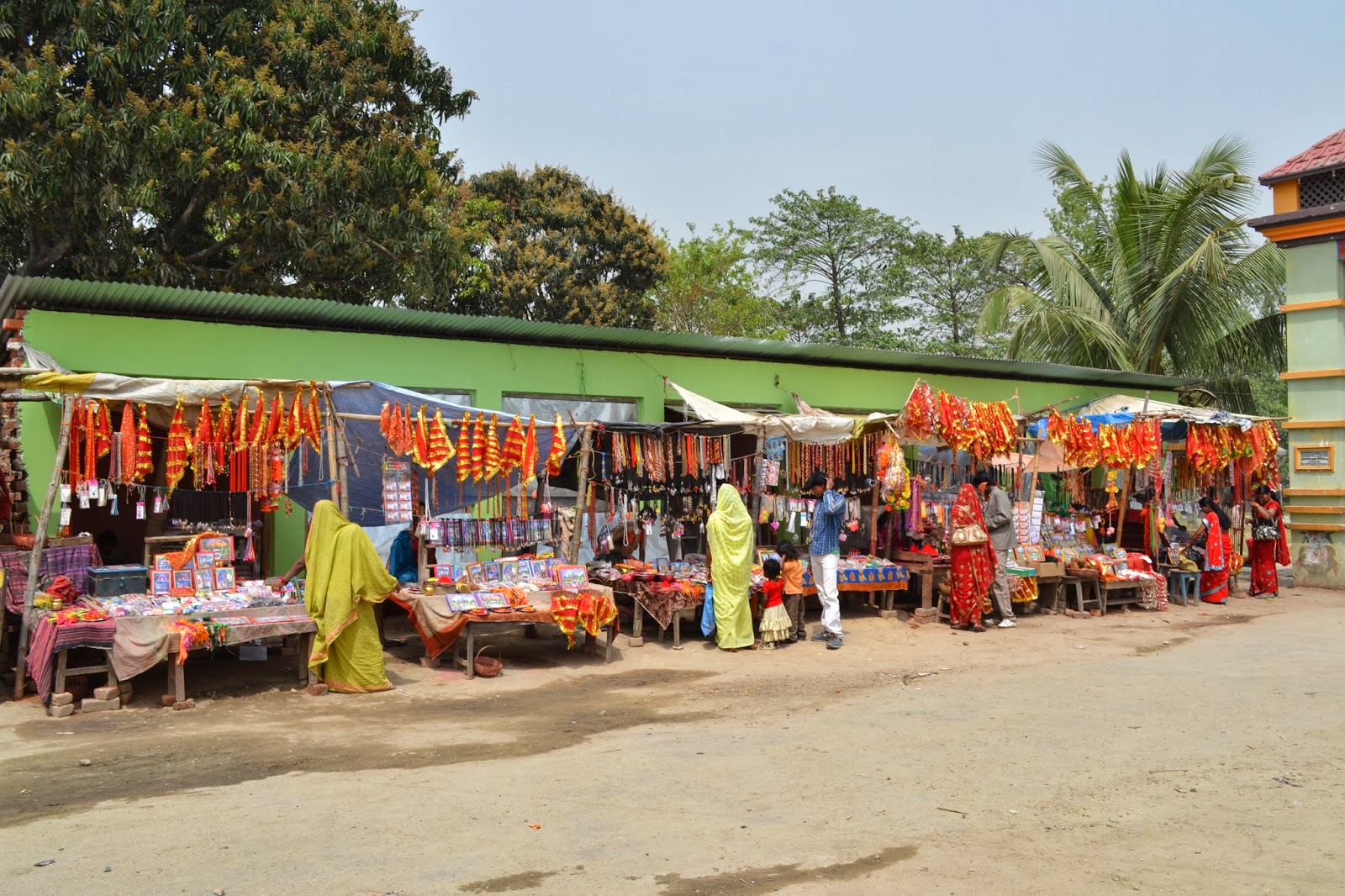 On the way back We Stopped near the kosi barrage to see the barrage and fishing by some daredevils. 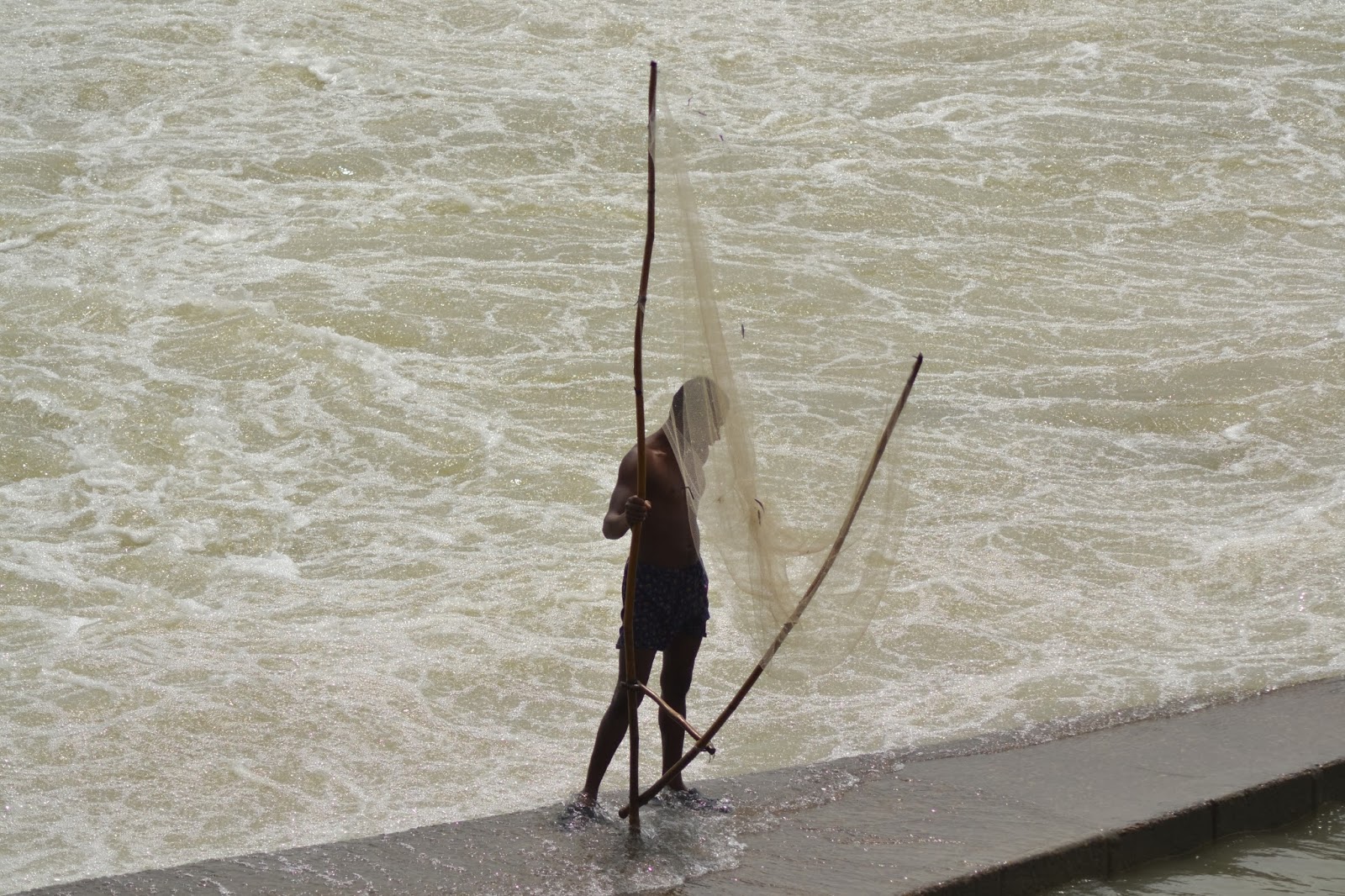 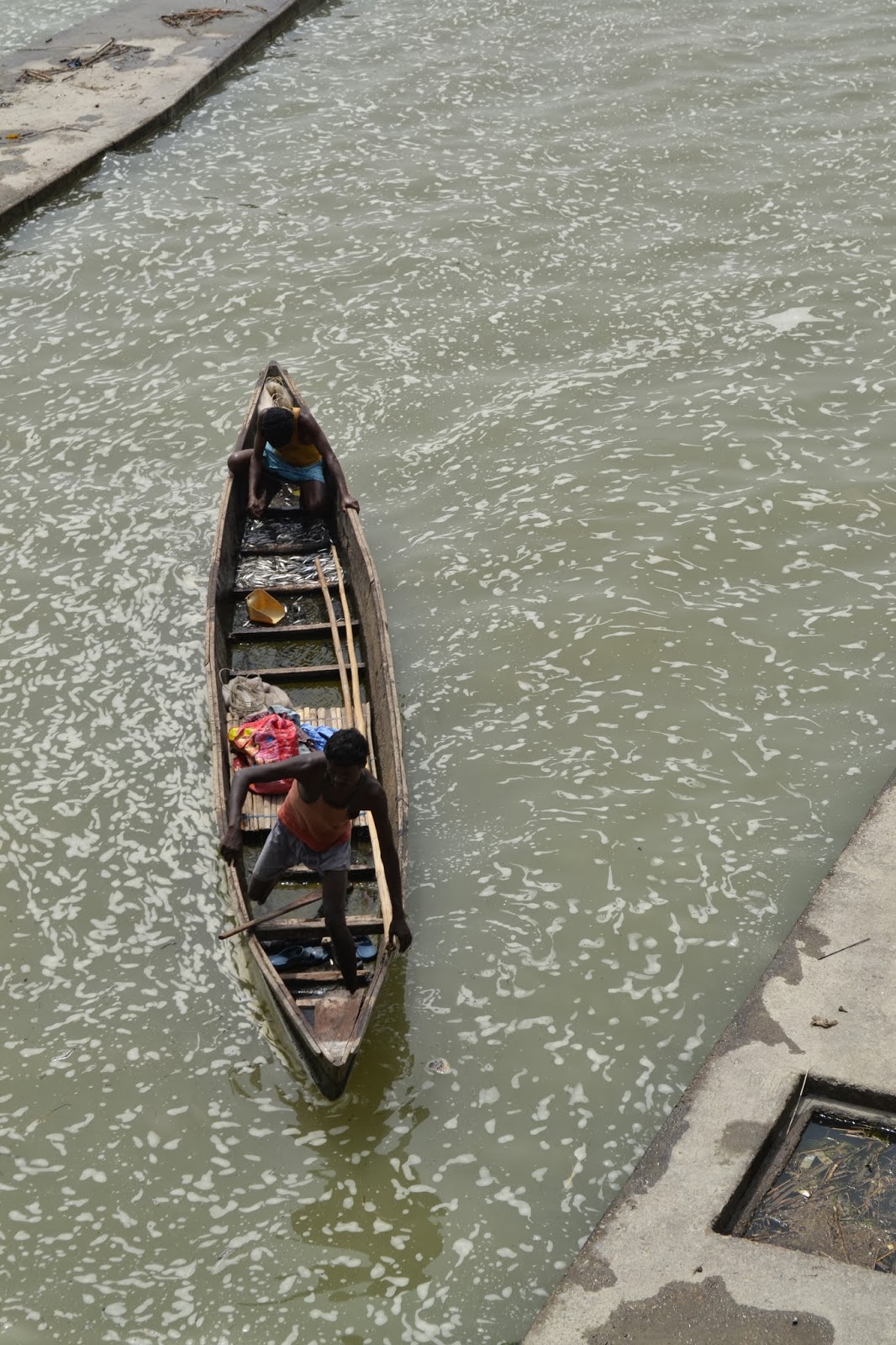 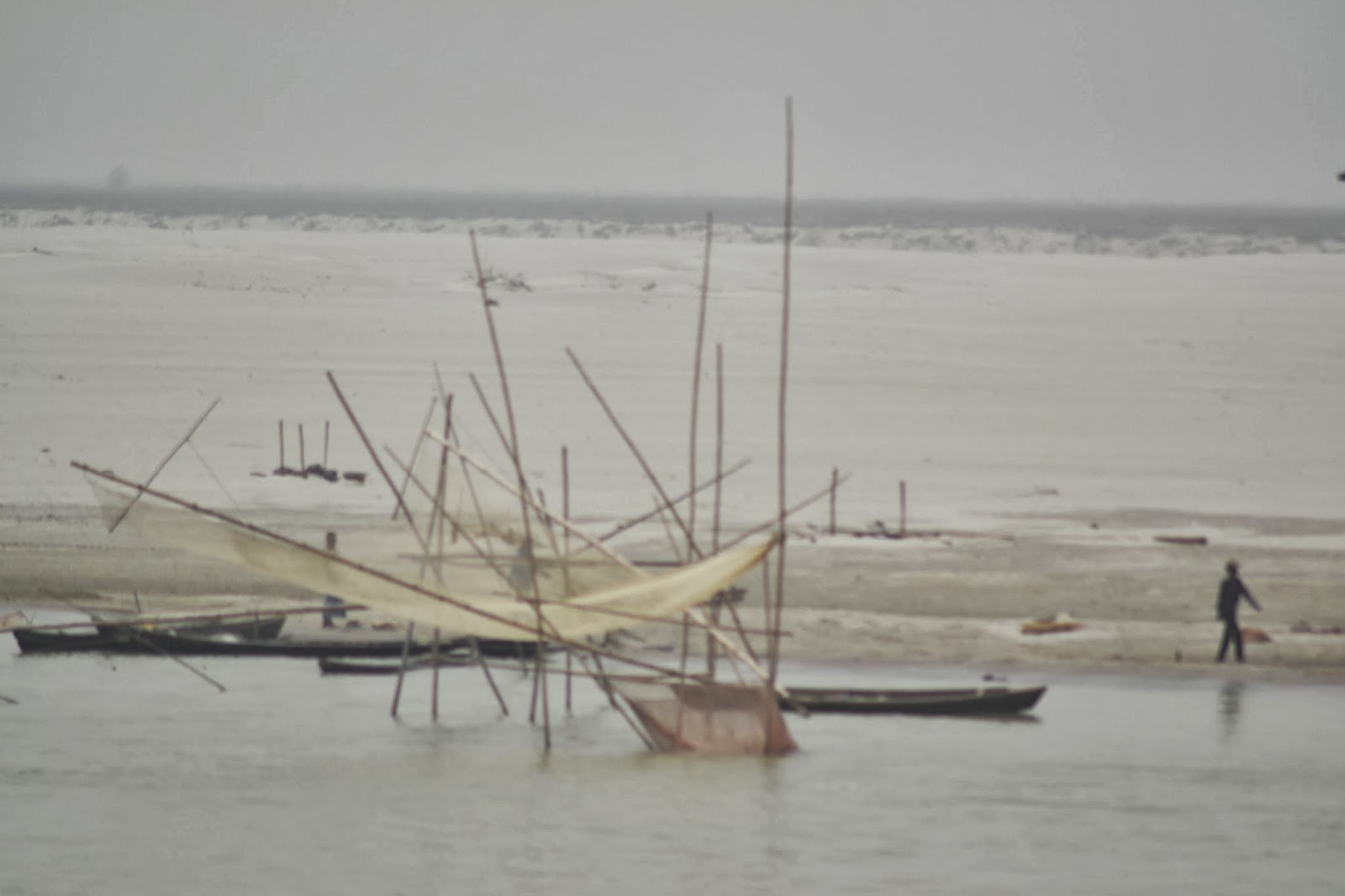 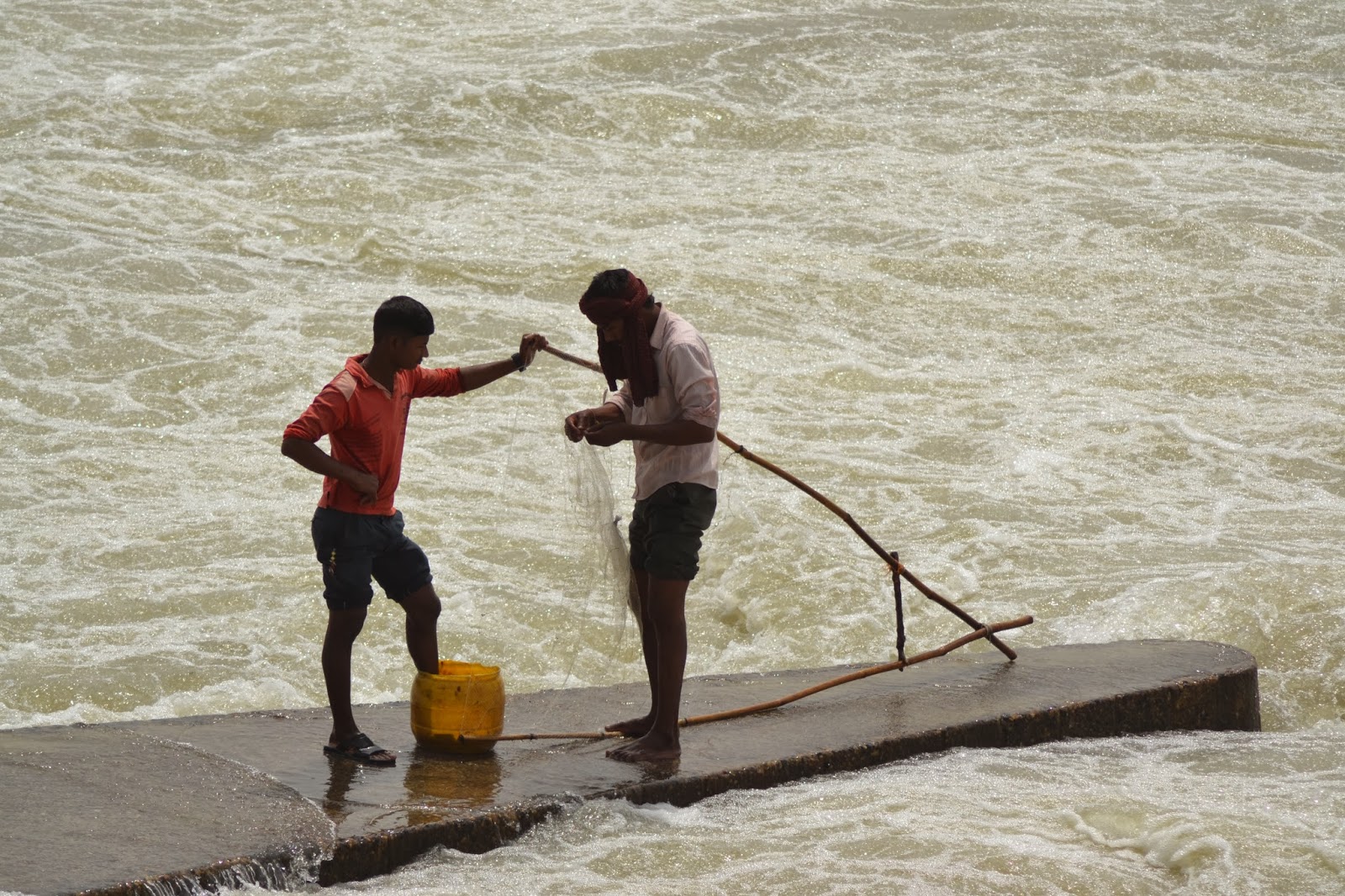 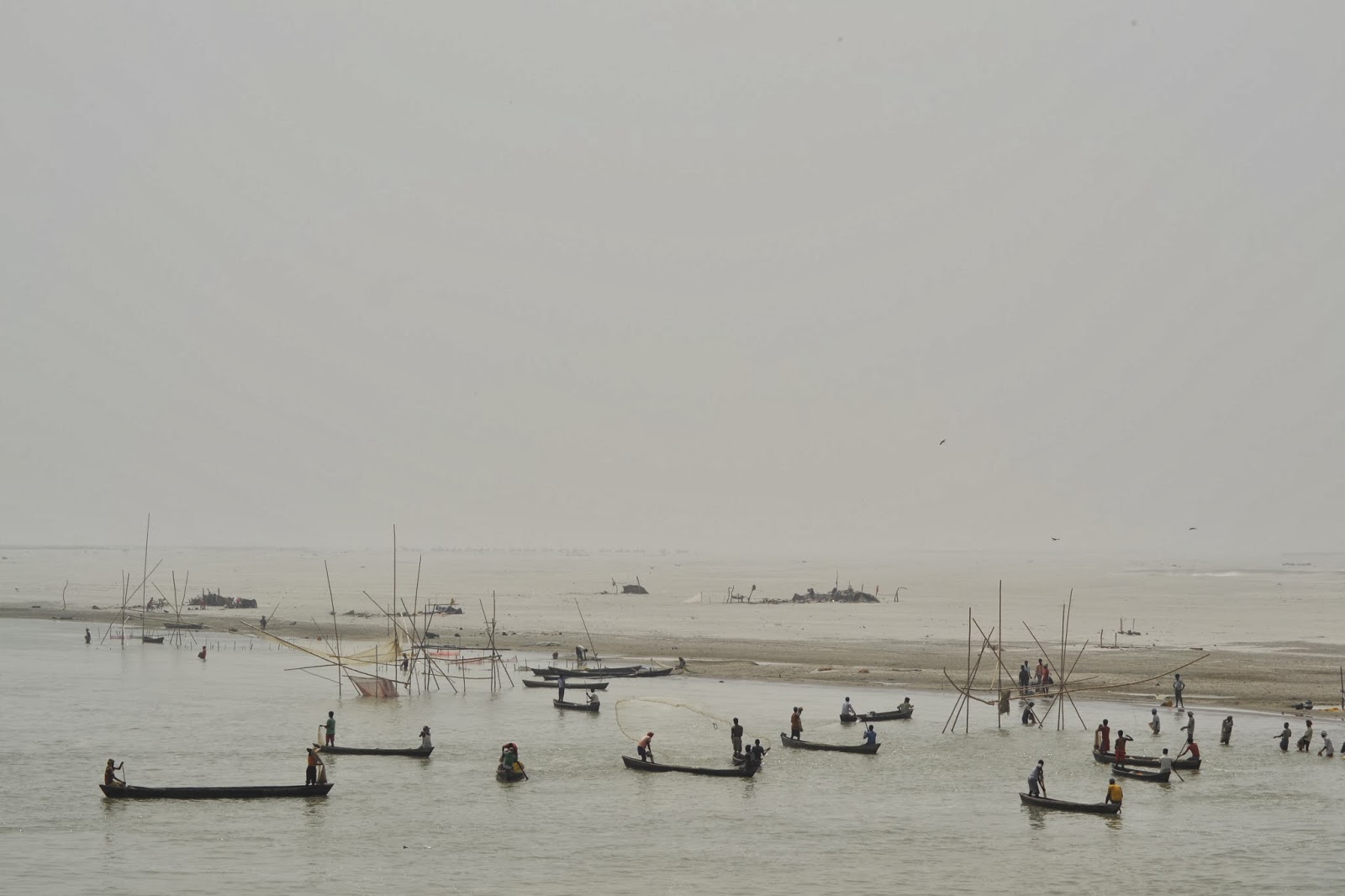 We stopped at check post again to show them the permits of my vehicle. One change I noticed was the security. In past i never saw any military presence in these area. Security at India-Nepal border has been beefed up recently. We returned back to birpur in late afternoon with memories. 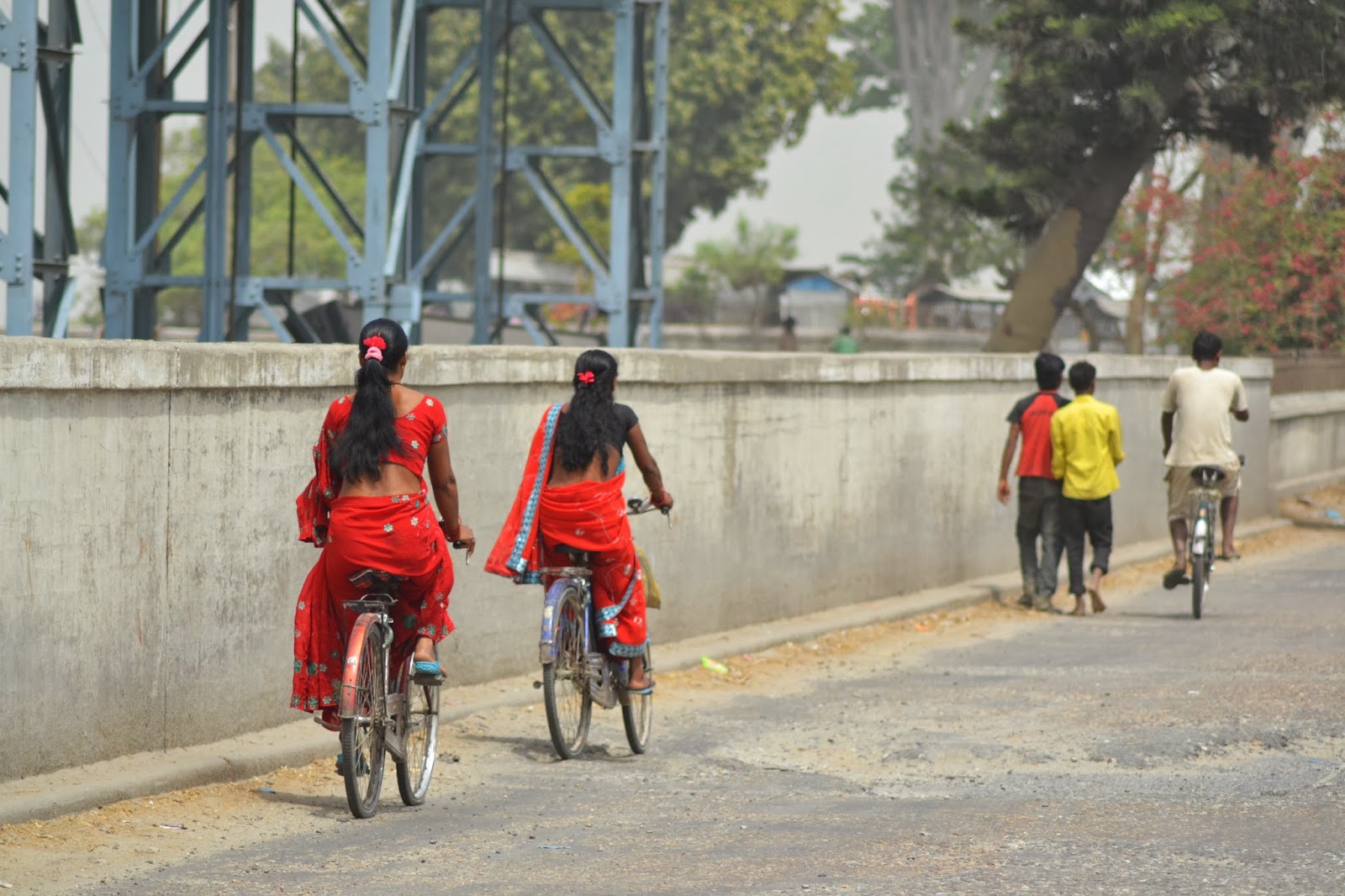 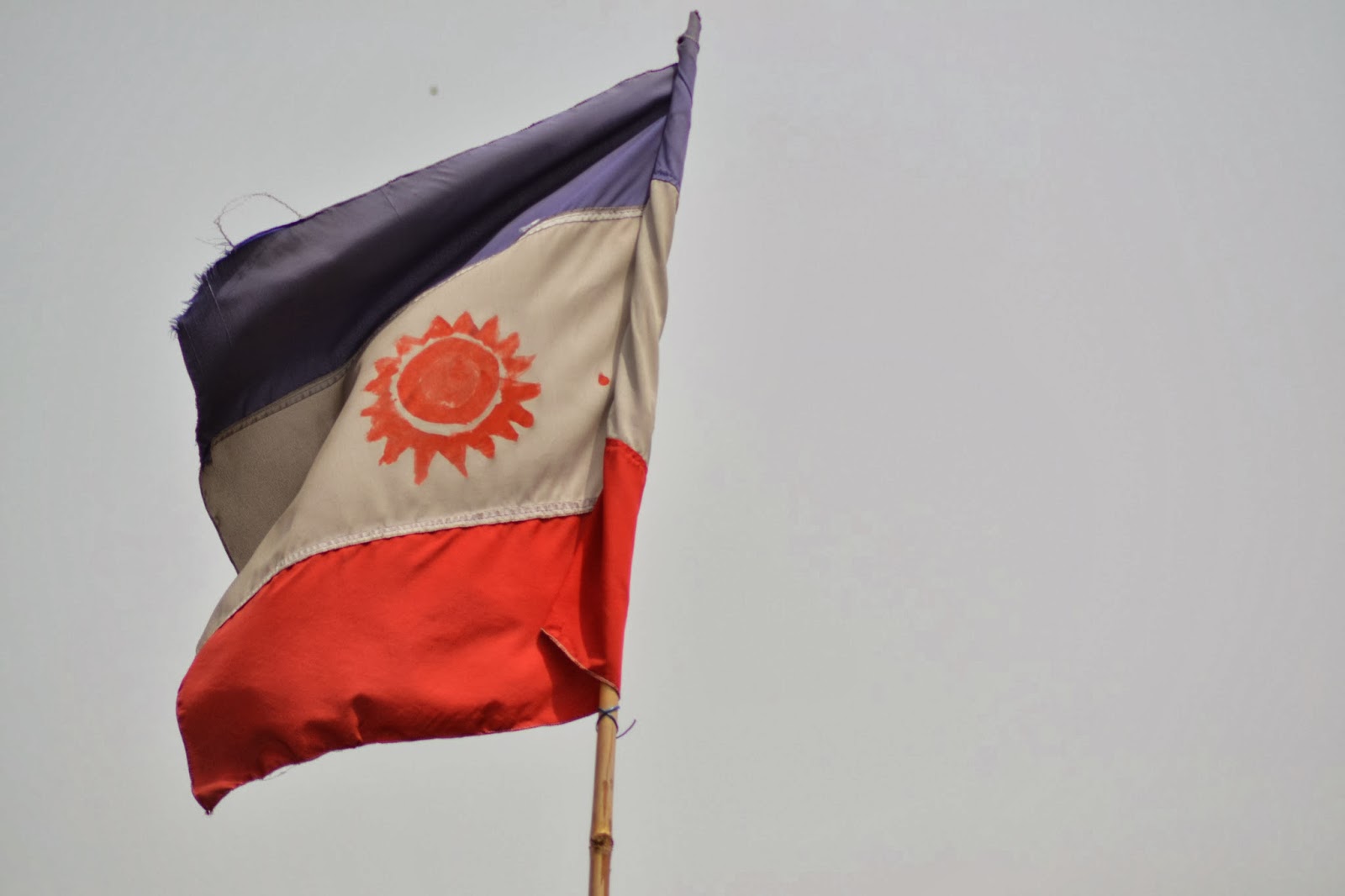 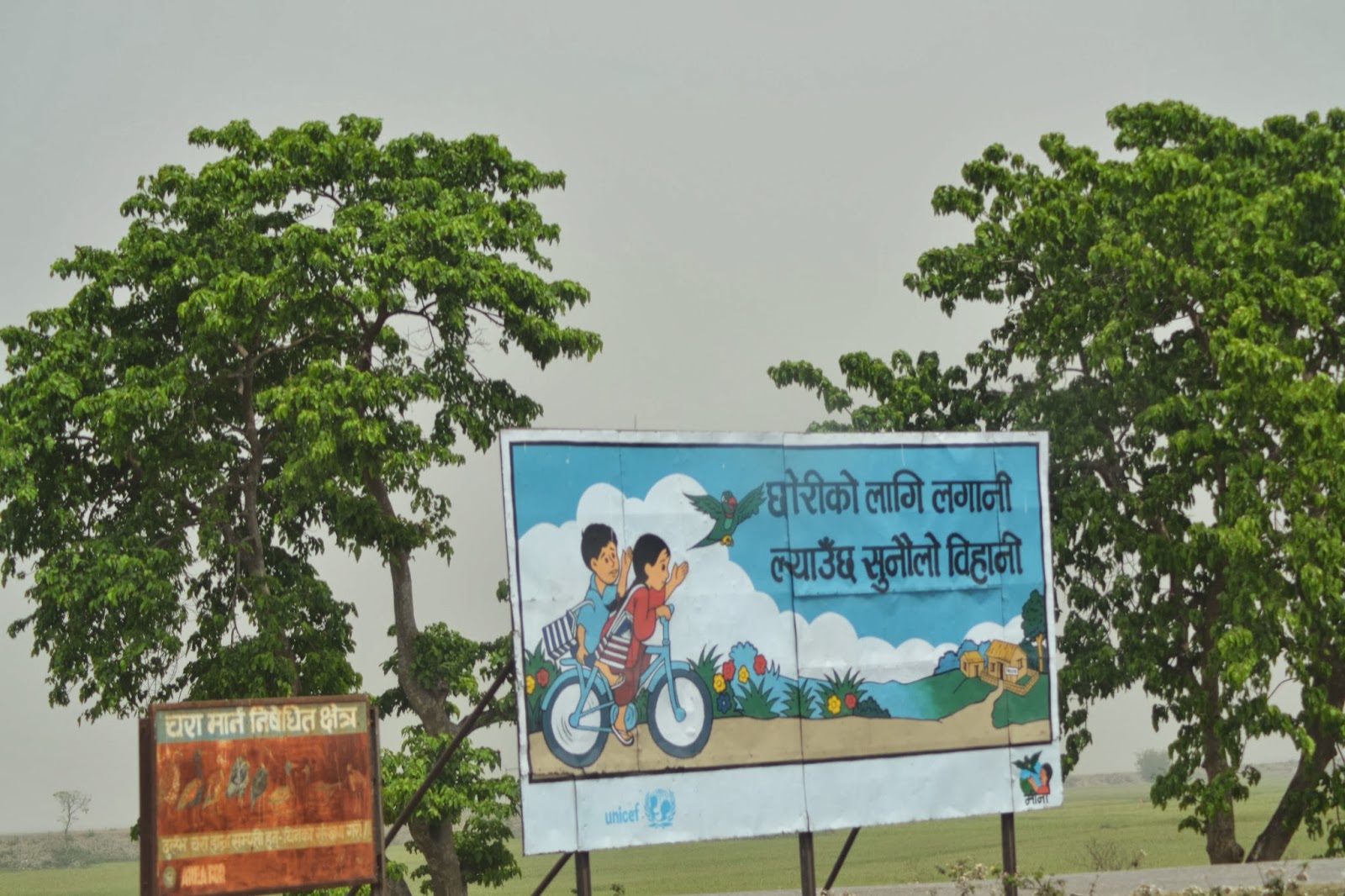 Email ThisBlogThis!Share to TwitterShare to FacebookShare to Pinterest
Labels: BHARDA(NEPAL)