My wife and i planned for one day trip to mahabalipuram in last week of September from Chennai. It is one of the UNESCO HERITAGE SITES in India and famous for ancient temples and beautiful Stone carvings. We started in morning to save our self from the scorching sun and humidity. It started to rain shortly after we left Chennai and lasted for half an hour. It took almost an hour to reach Mahabalipuram. We were lucky to have wonderful cloudy weather to explore the Mahabalipuram. 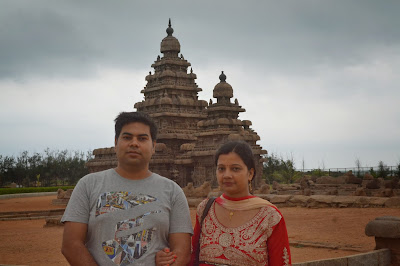 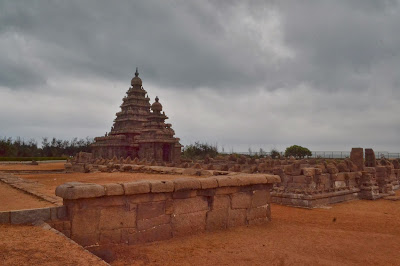 Our first stop was Shore temple. We bought entrance ticket for RS. 10 and that was valid for other UNESCO sites in mahabalipuram as well.

Shore temple is situated at the shore of India ocean and many of the original temple is perished inside the ocean. From far it was looking amazing with black cloud and sea. I was disappointed to see the present condition of the temple as most of the sculpture is gone due to harsh environmental attack of rough Sea and winds from last 1300 year. The Shore Temple is built with blocks of granite in the 8th century AD.  The temple structures, is severely damaged. Now it has been conserved by the Archaeological Survey of India by building protective trees and chemical treatment. It is not an active temple and there are still status of Vishnu and shivlingam inside the temple. 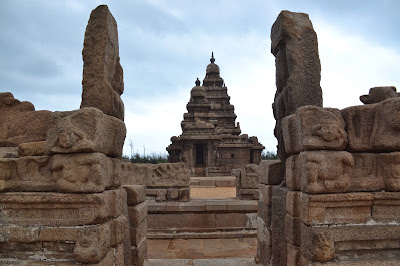 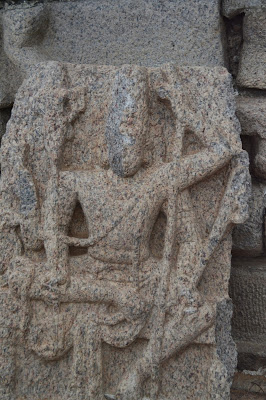 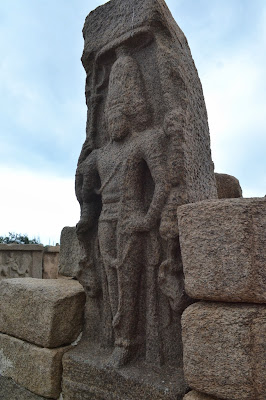 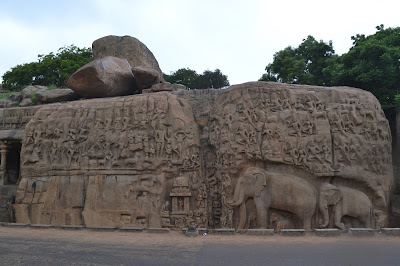 Then we moved to see Arjuna penance and caves. Arjuna penance is big stone with beautiful carving on it. Most of the stone carving is still in good shape. Carving tells the story of  Bhagiratha, who performs terrible austerities  to bring the Ganges river down to earth. 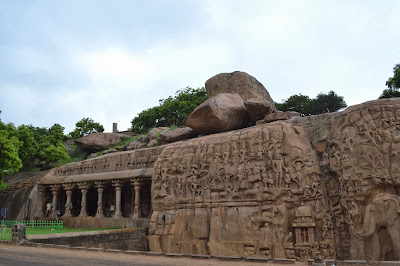 There is few caves near to arjuna penance.  Walls of many caves  are having beautiful carvings. Our guide told us many myths and stories associate with it. 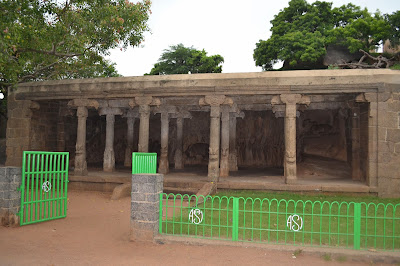 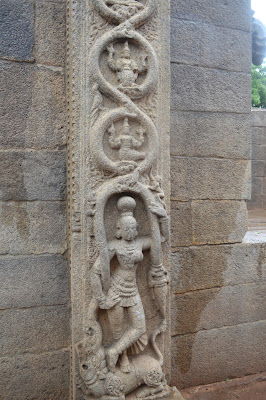 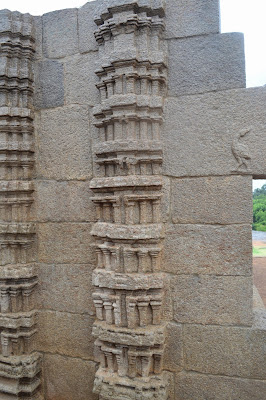 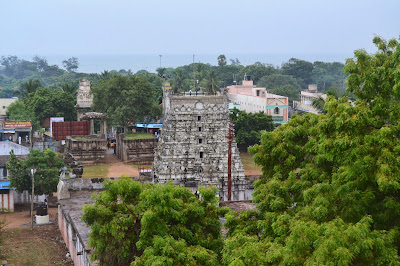 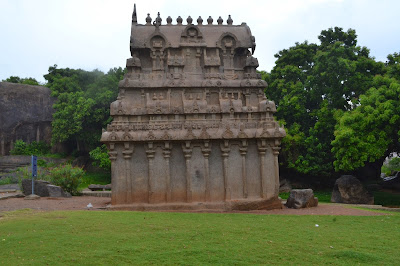 Famous butter ball of krishna, which is a big rock and supported on very small area at the base.  The rock seems defiance of law of gravity. 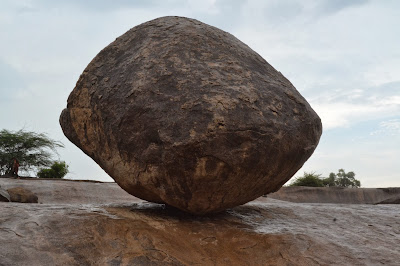 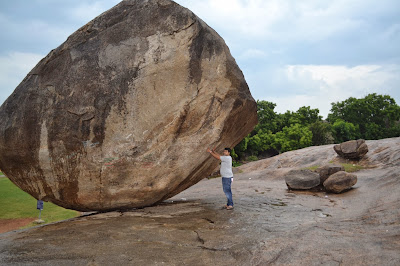 There is also a  Trimurti temple near the Krishna butter ball and it surrounded by very big rocks. 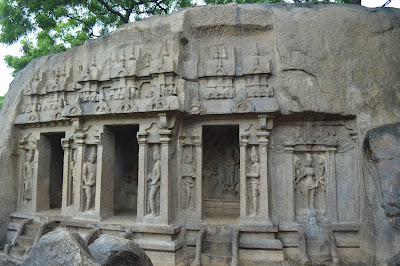 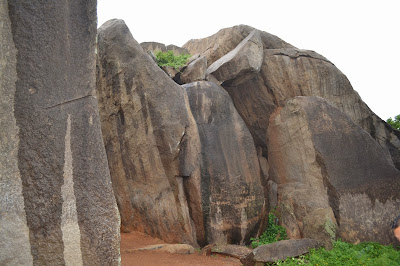 After spending some time, we went to see last few cave near Arjuna penance before going to Pancha Rathas or Pandava Rathas. It was drizzling and we were enjoying the weather .
All the caves is having beautiful stone carving of god and goddess. Nose and fingers of many sculpture was broken by invaders to make it unsacred.
Posted by Unknown at 8:33 PM