My Wife and i arrived bhubaneswar railway station at night from chennai. We took taxi for the hotel and on the way i got first glimpse of the city. Bhubneswar is comparatively organised and cleaner than most of the cities of India.

Bhubaneswar is known as temple city of India. Once there were 7000 temple in the city. Thanks to the invaders and poor maintenance, less than 500 survive today. Almost all the temples were built between 9th to 11th century. Most of the temple is now maintained by ASI (archaeological survey of India). Odisha architecture is predominant in all the temples. Exterior of most of the temple is having beautiful stone carving and erotic sculptures.
Next morning we started our Odisha journey.
Hirapur was our first destination, it is 20 Km from the city. We passed through green field and river  to reach the  famous 64 yogini ( chausath yogini) temple. There are only four temple in India dedicated to 64 yogini. This temple is not very impressive from outside but have excellent sculptures. Face of most of the statues were broken by a king to make it unsacred. 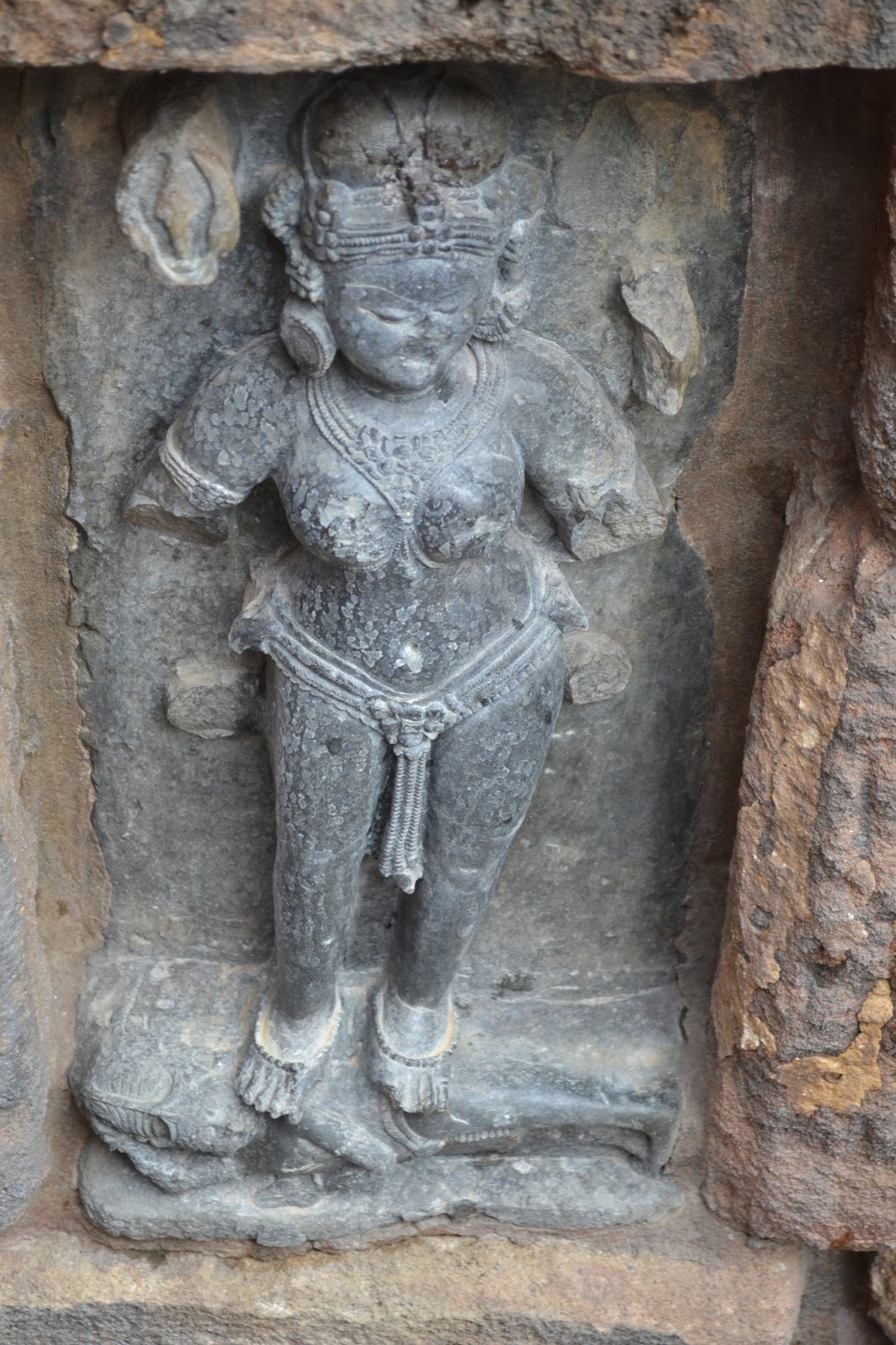 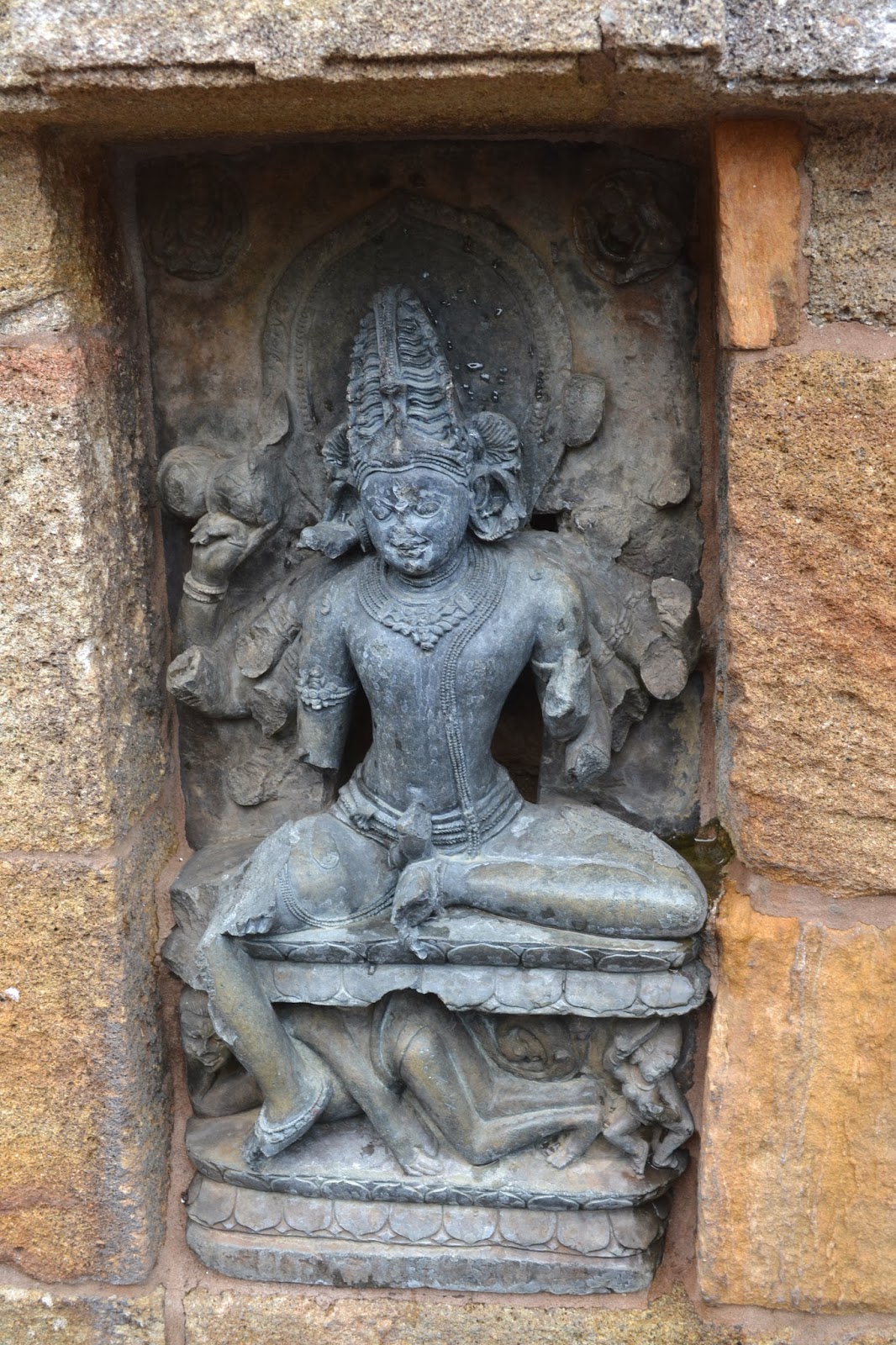 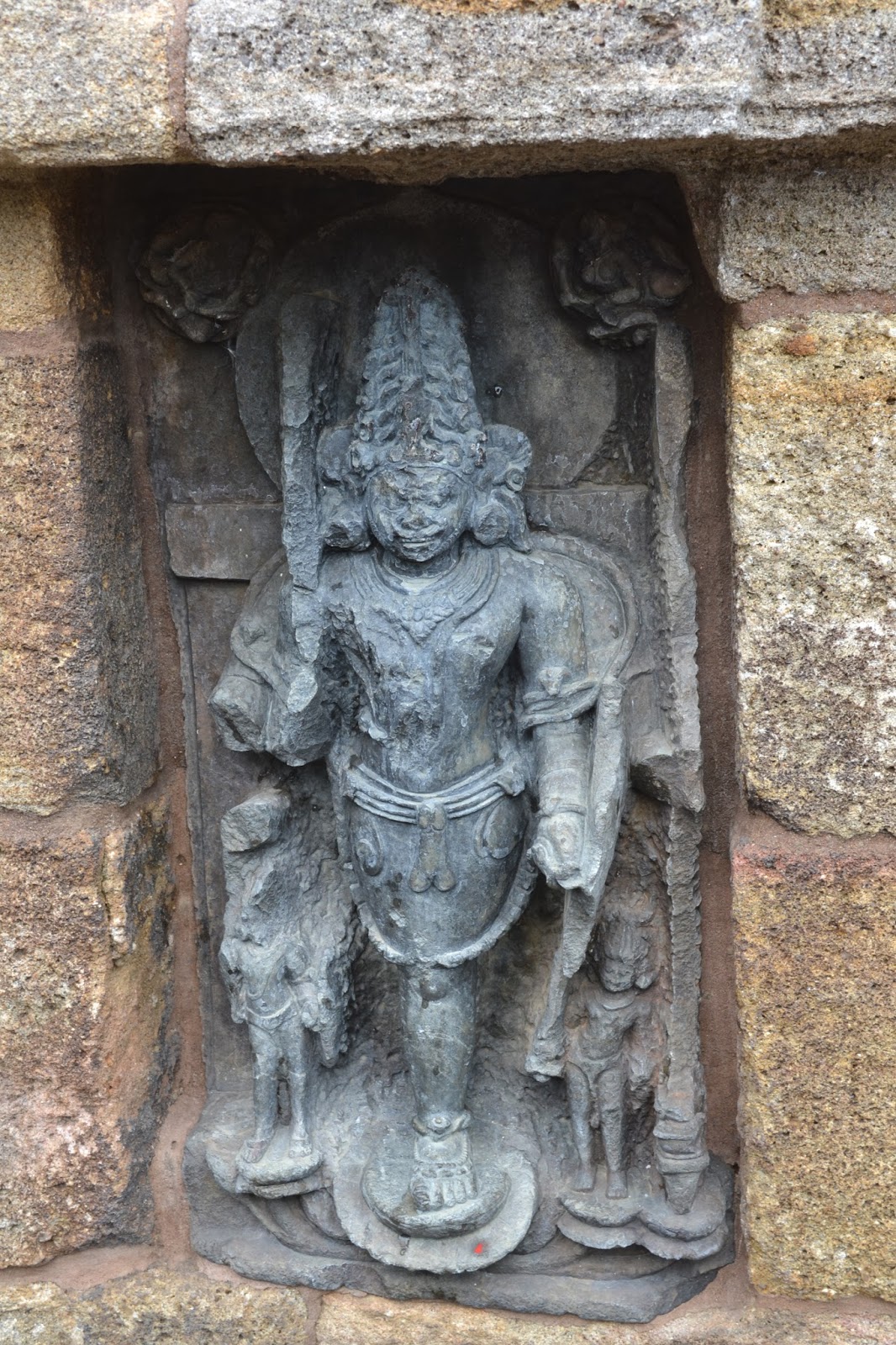 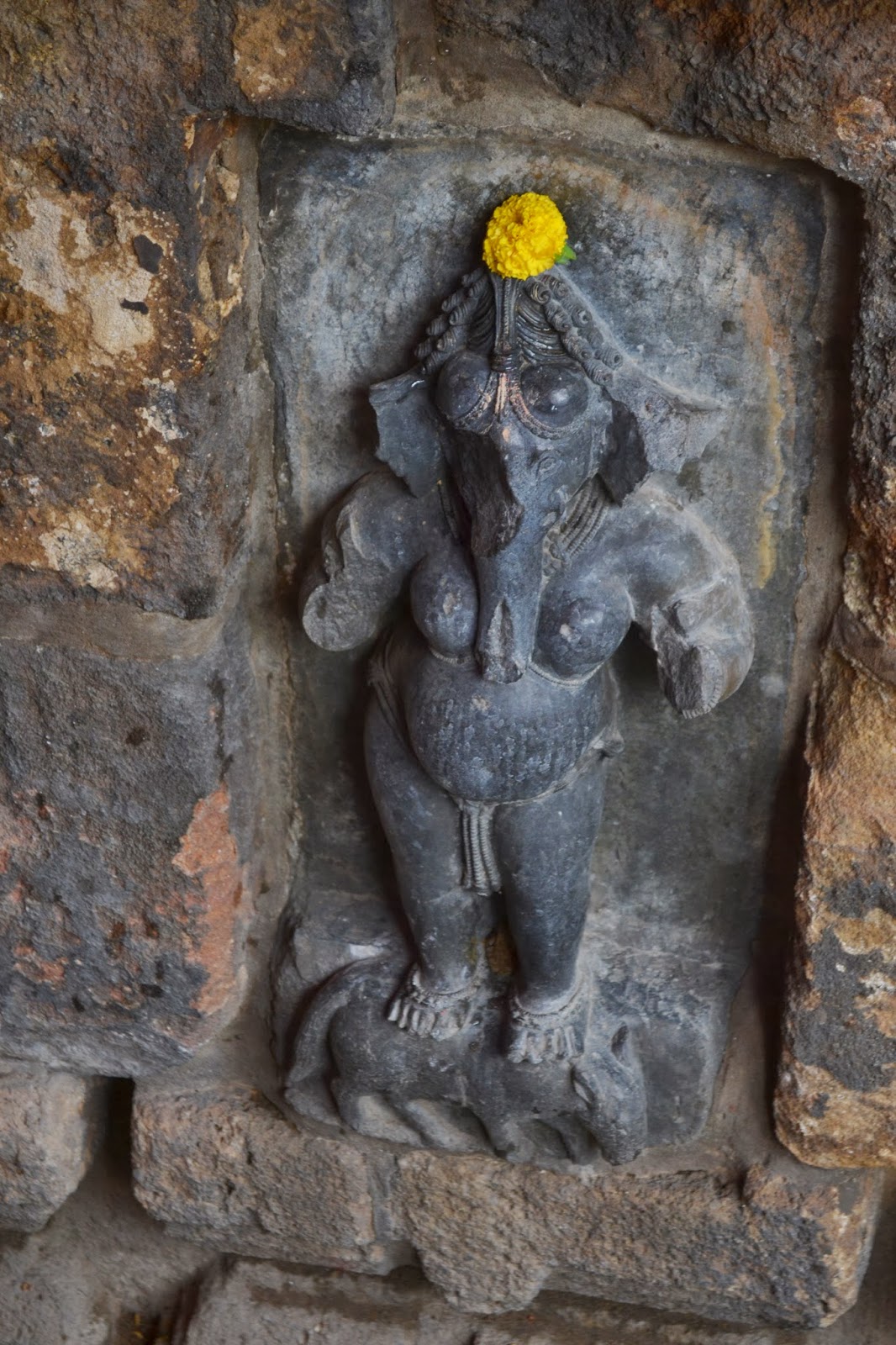 On the way back to city we stopped for famous dhauligiri Buddhist stupa. View from the top was amazing and we could see the field where gruesome war took place in 260 BC between king ashoka and king of kalinga. After this war Ashoka renounced the violence and turned to Buddhism. 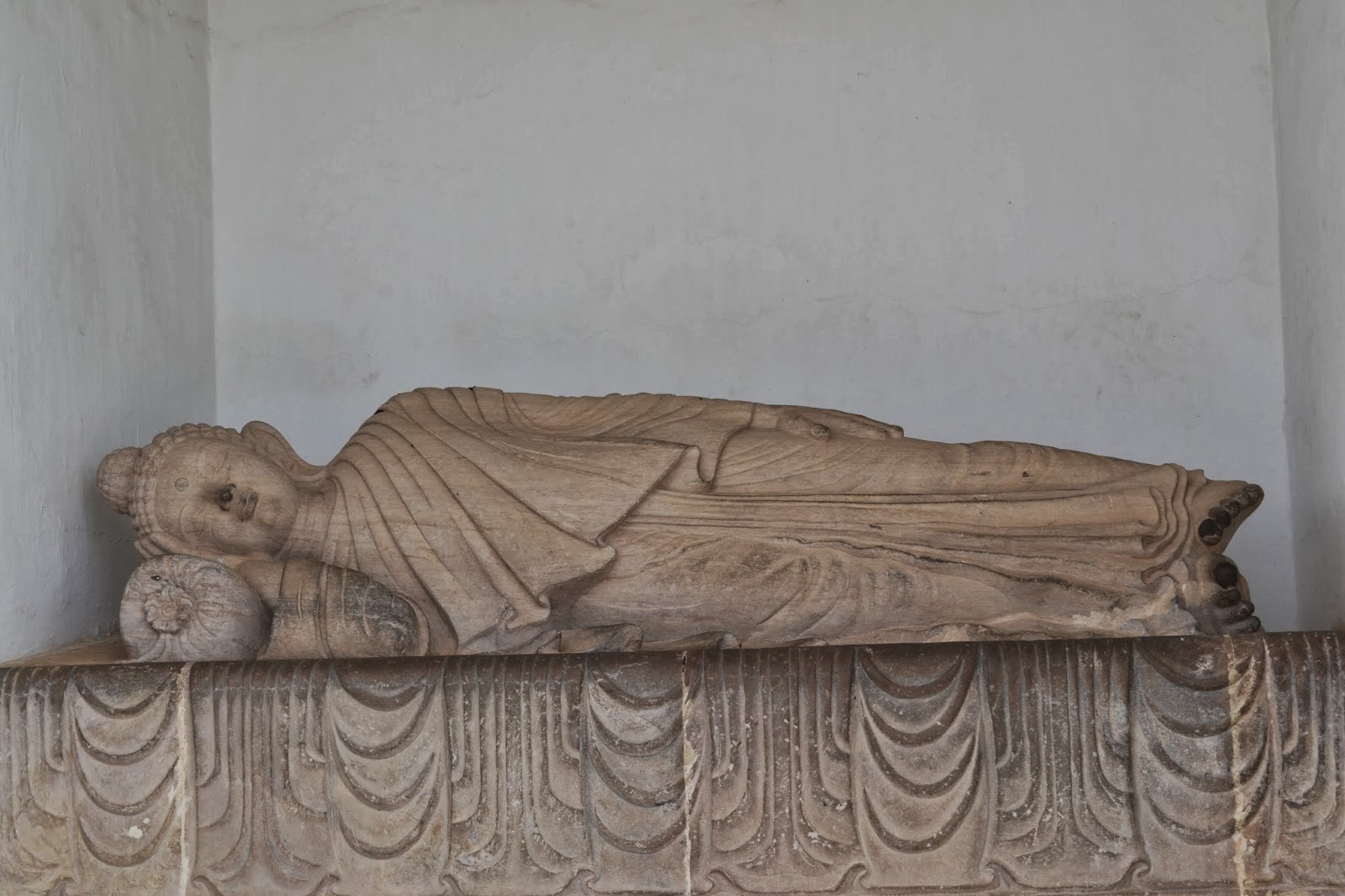 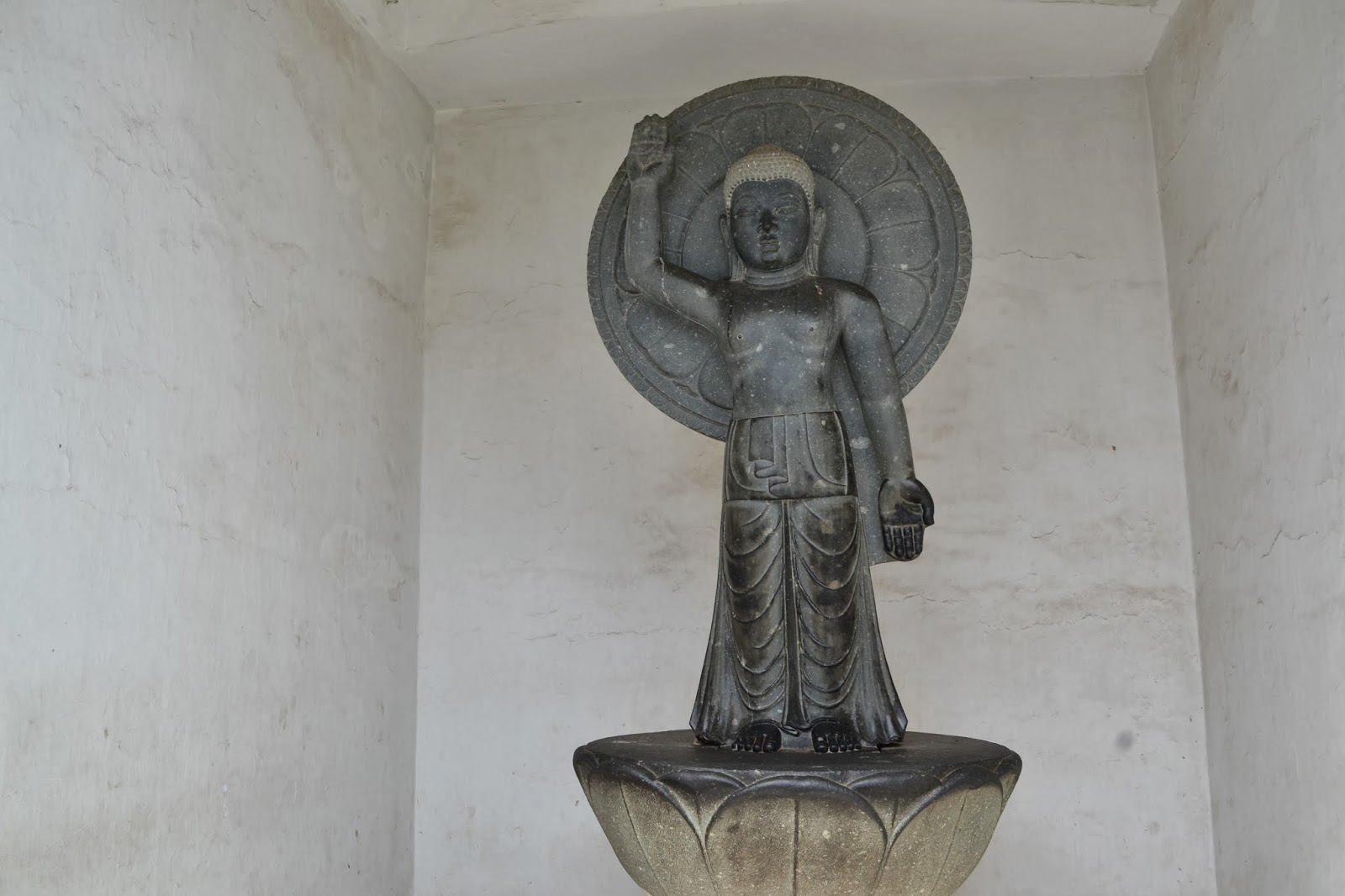 There is also a active shiva temple besides stupa. 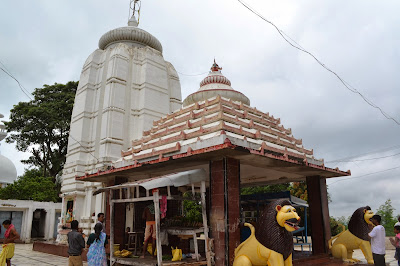 Our first stop was lingaraja temple dedicated to lord shiva. Pandas (Not the Chinese one but mainly money hungry fake priest) started accosting us from the car parking area, I polity refused with namaste. It was easier than expected and after few polite refusal to 4-5 pandas they left us alone.Non Hindus are not allowed inside but there is a raised platform aligned with temples boundaries. Raised platform provides complete view of the temple. This temple is biggest and most famous temple of the bhubaneswar. There are many small temple inside the temple compound surrounding the main temple. 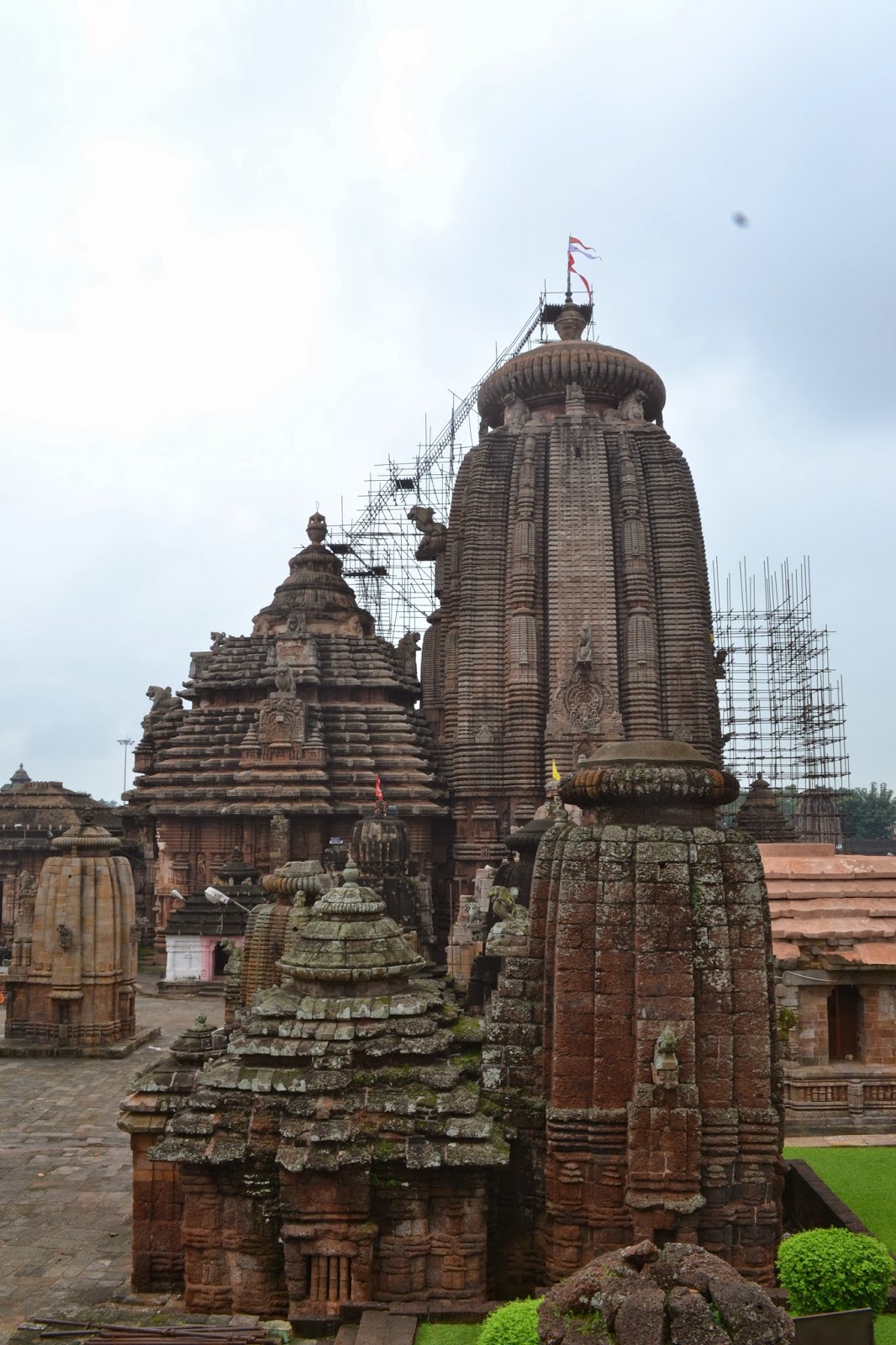 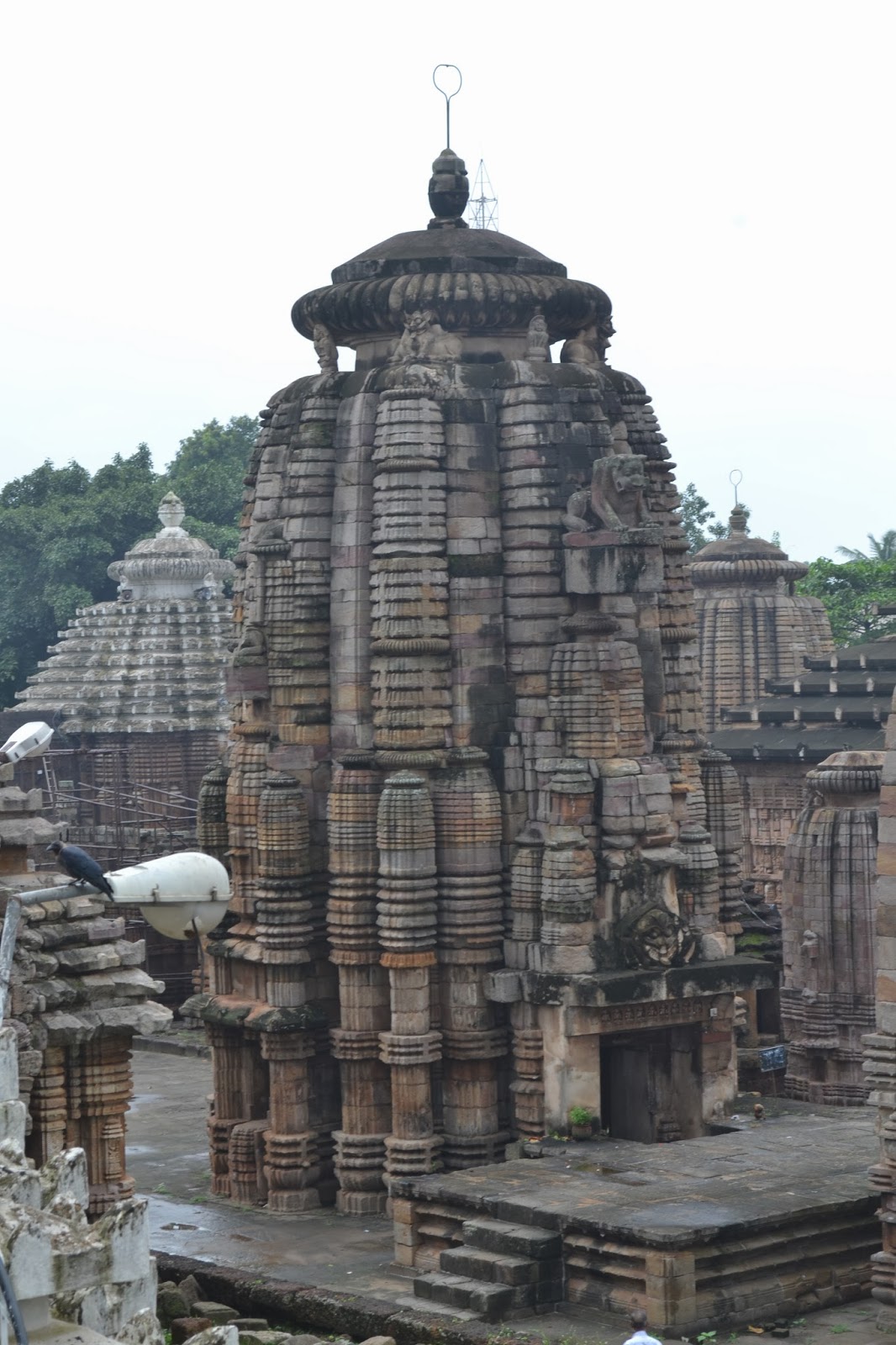 There is also a small temple called traffic mahadev near the ligraja temple, which acts as a road divider.
The next stop was 10th centuries Mukteswara temple, which is also dedicated to lord shiva, There were no rush like lingaraja temple. I saw only one priest , who requested us to perform puja. This temple is having beautiful carving in excellent condition on the exterior and on the ceiling. It also have a unique entrance structure which is very uncommon. 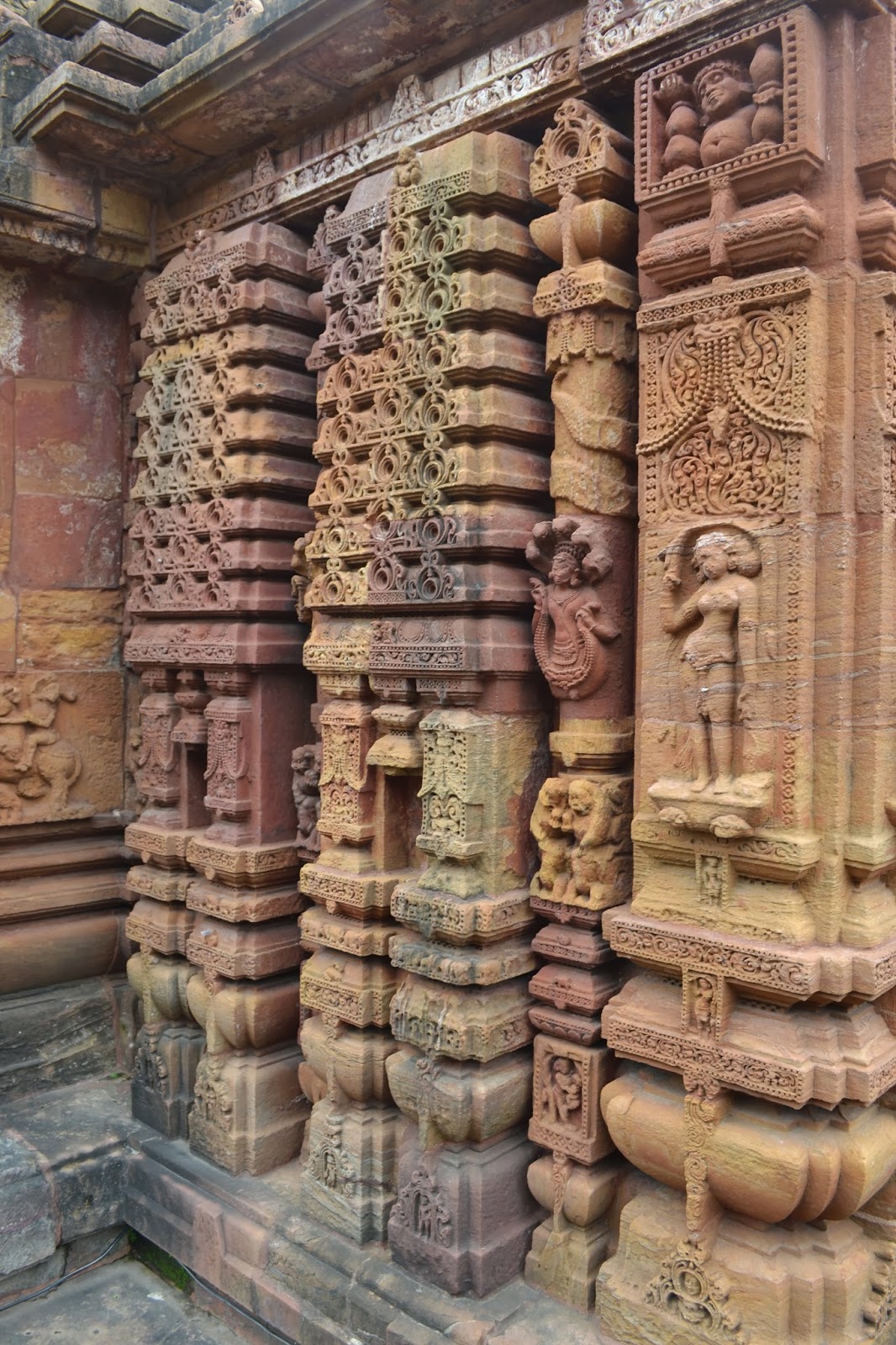 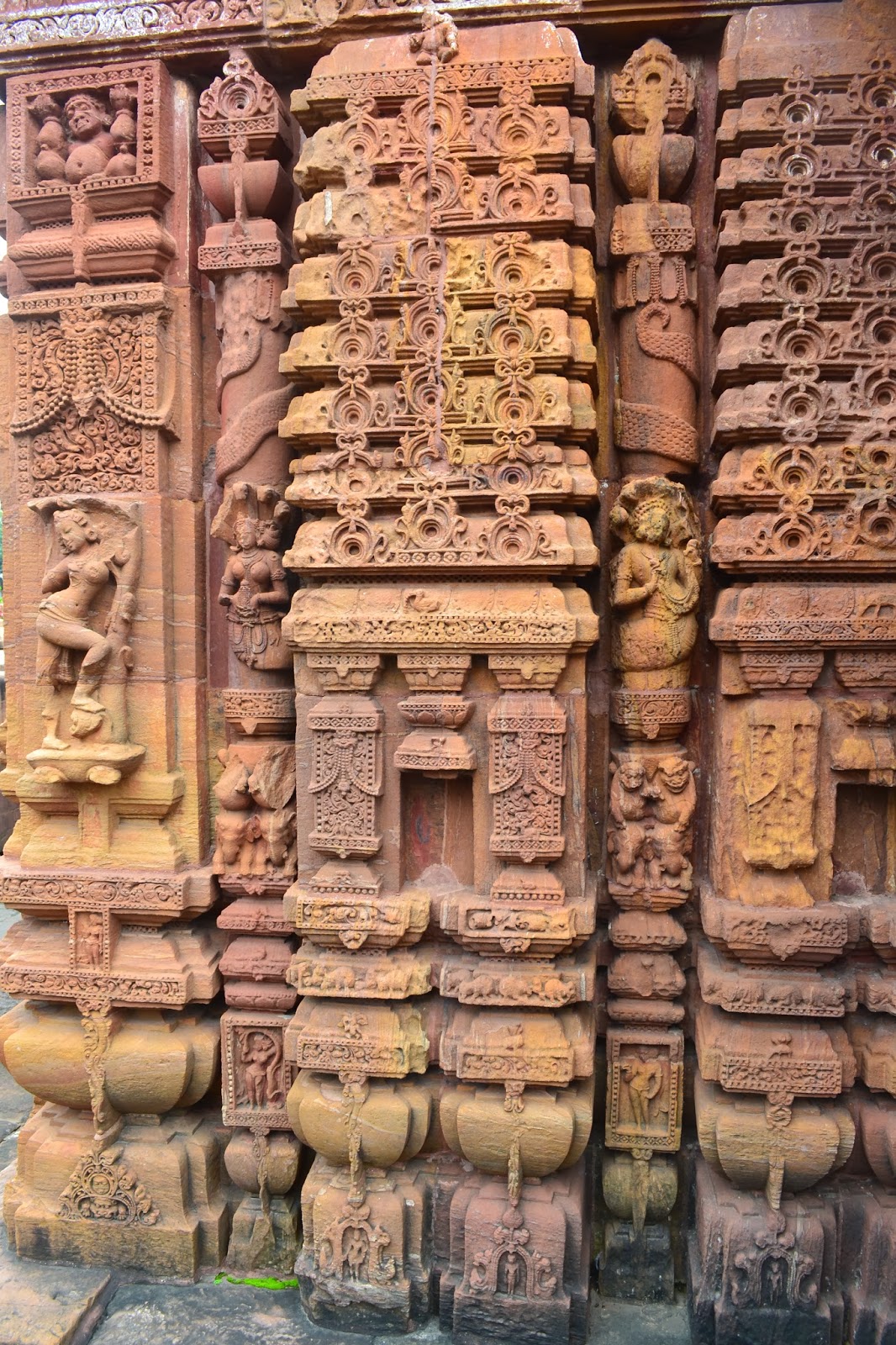 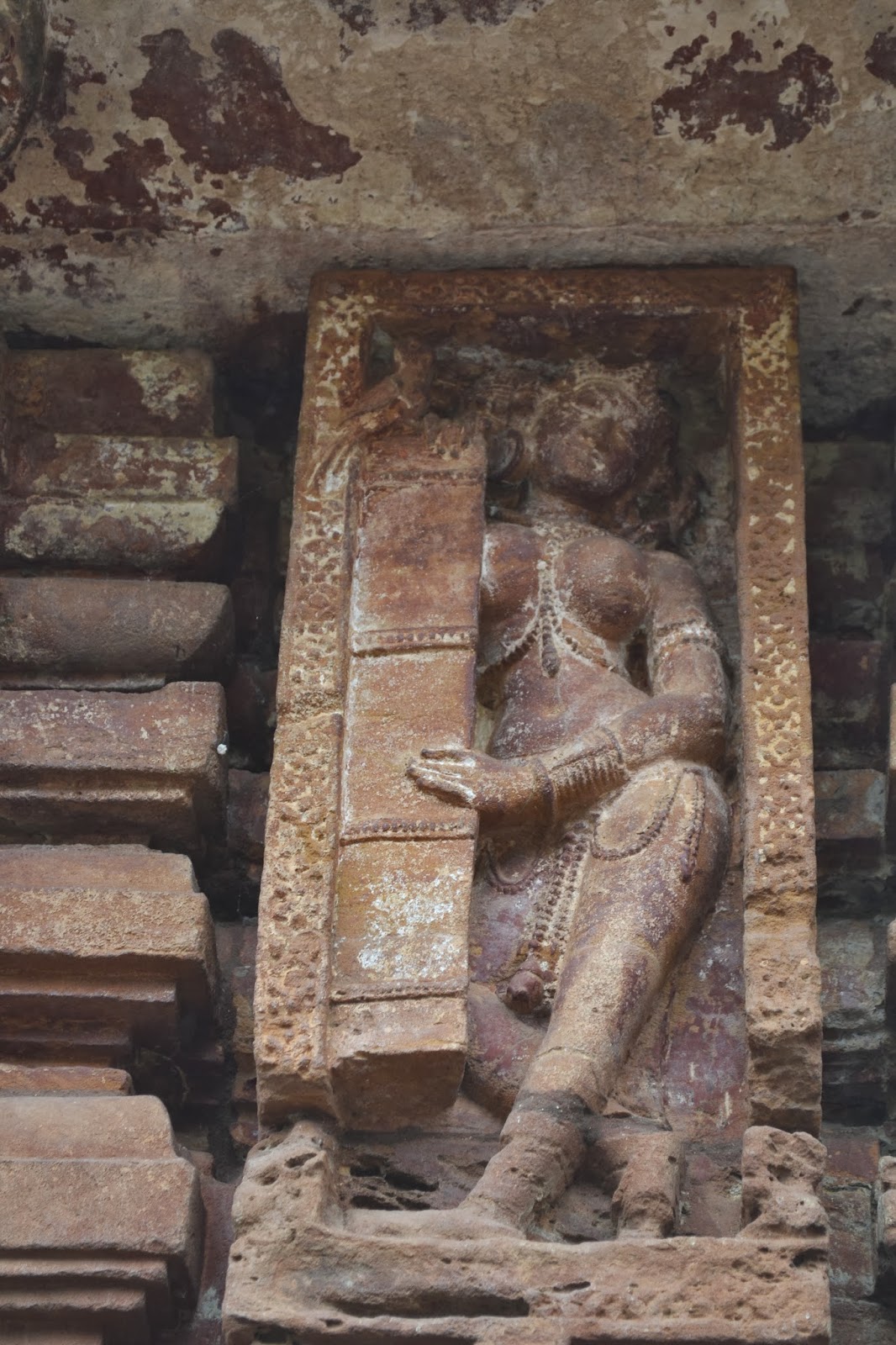 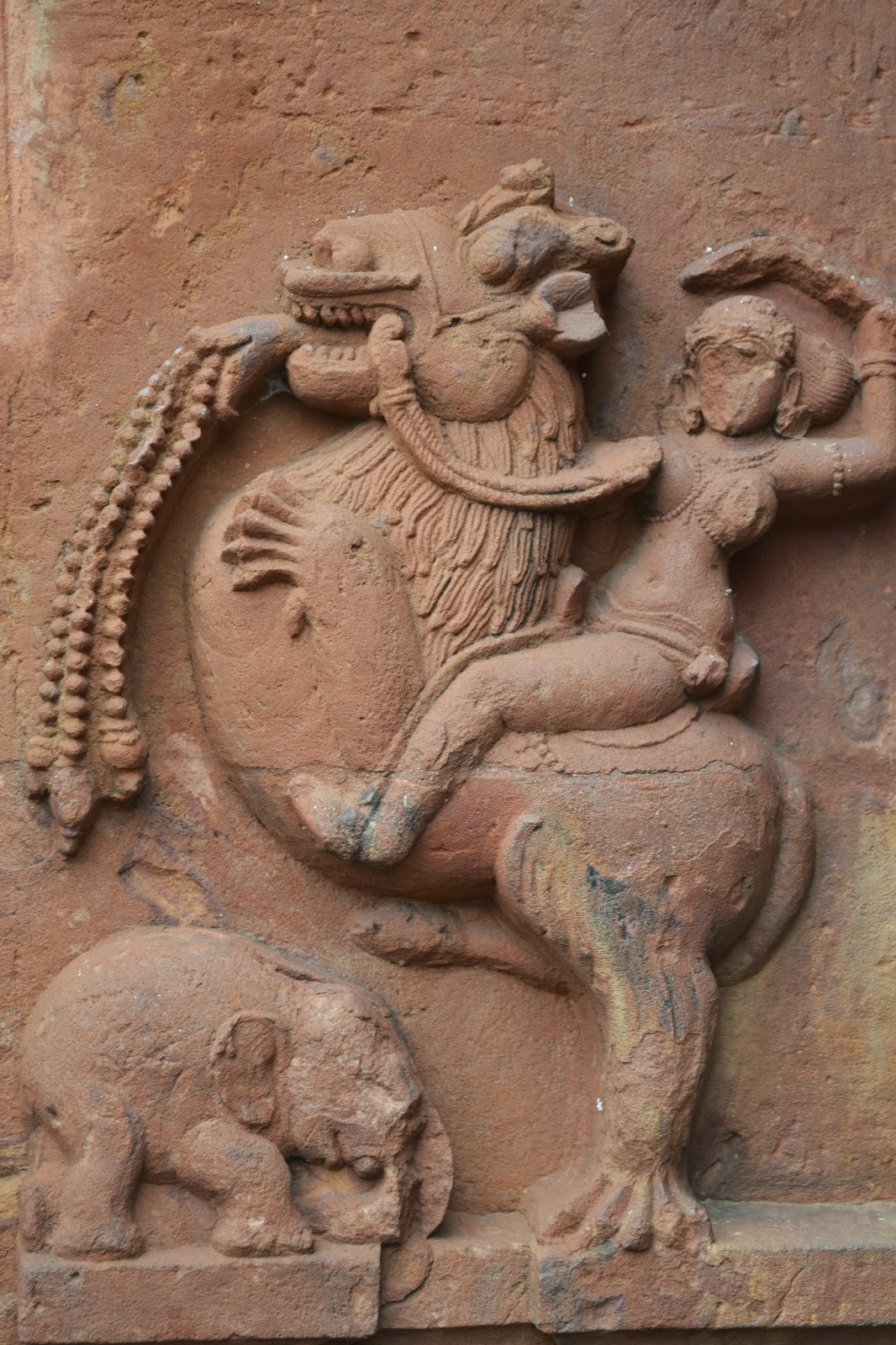 Rajarani temple is managed by ASI (archaeological survey of India)  and it is not an active temple. Name of the temple is derived from the name of  building stone which is locally known as rajarani. This temple is surrounded by beautiful garden and there is also an entrance fee. The sculpture of beautiful female in different poses can be seen all around. 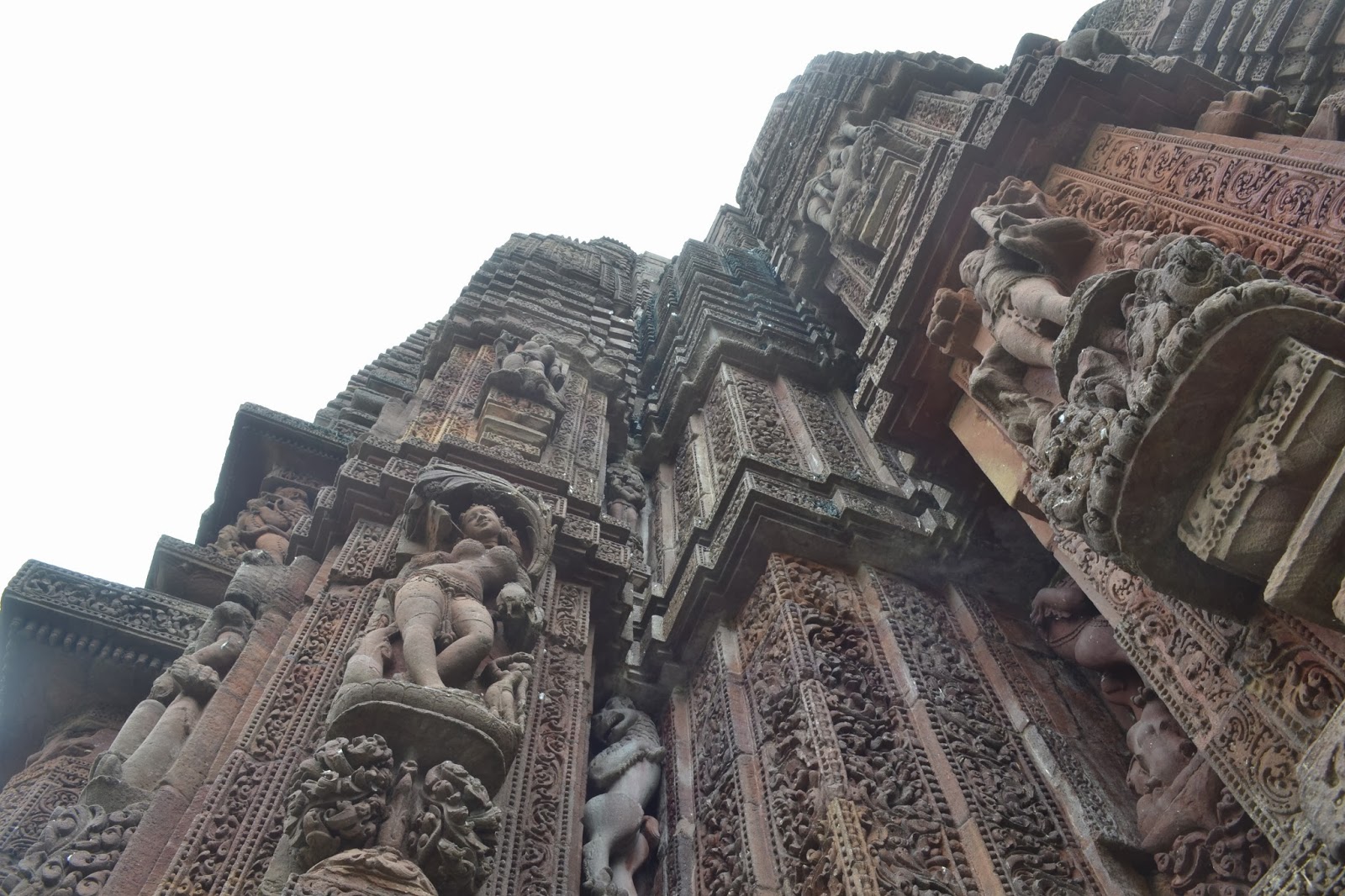 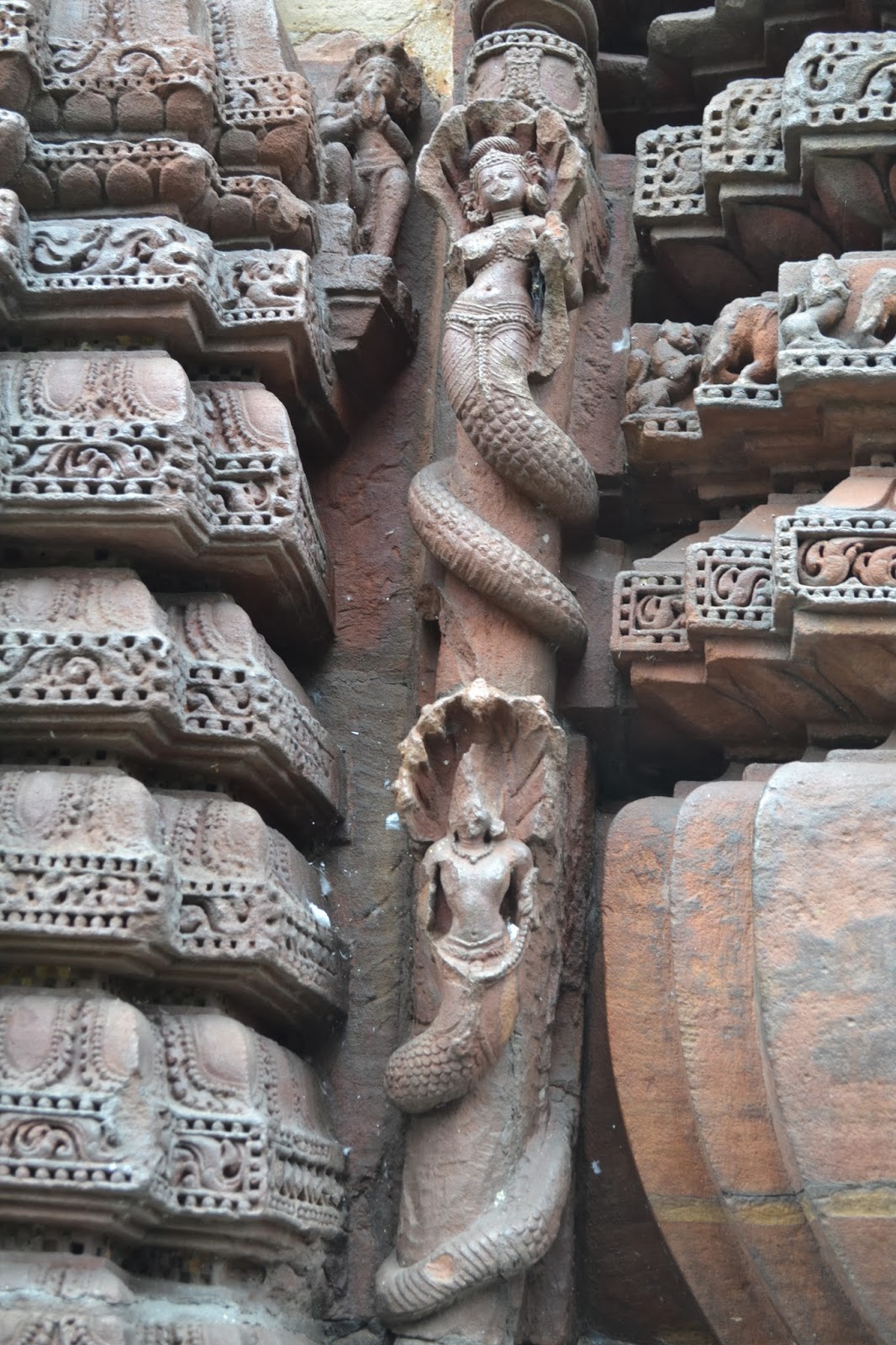 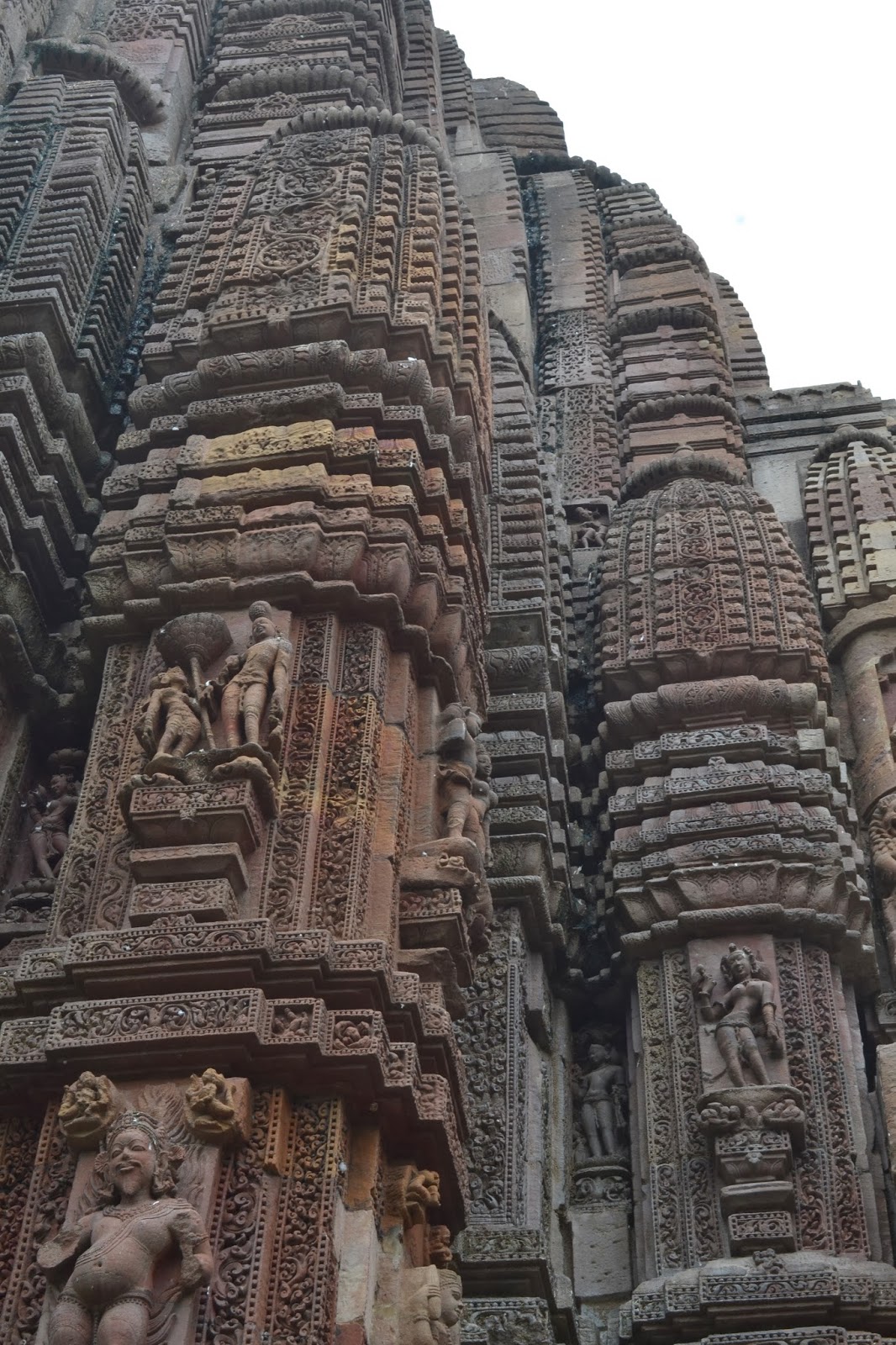 Our last stop of the day was Udayagiri and Khandagiri Caves.
These 2nd BC caves are situated on Udayagiri and Khandagiri hills and separated by a road. Caves of udayagiri is more impressive and in good condition than caves of Khandagiri. These caves was once the house of jain monks and i was wondering about their asceticism and hard life . There is a jain temple on the top of khandagiri hills and it also provides a beautiful view of the city. Now bats live inside most of the caves. Few beautiful carving is still presence on the exterior of caves even after 2000 year. 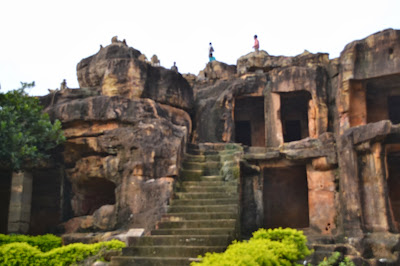 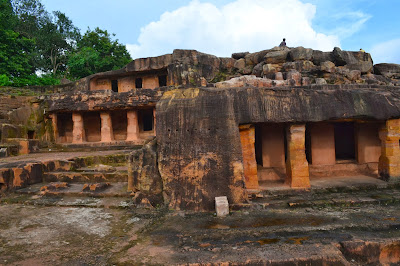 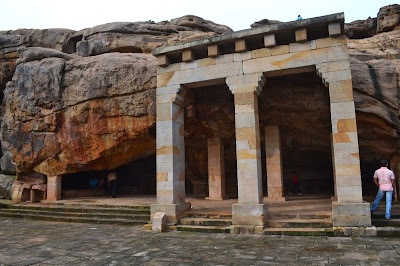 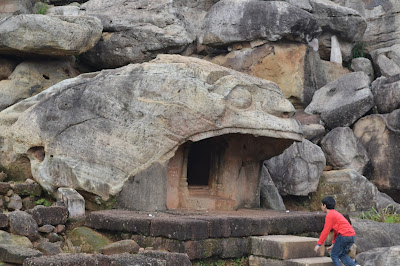 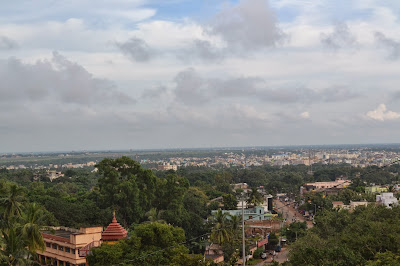